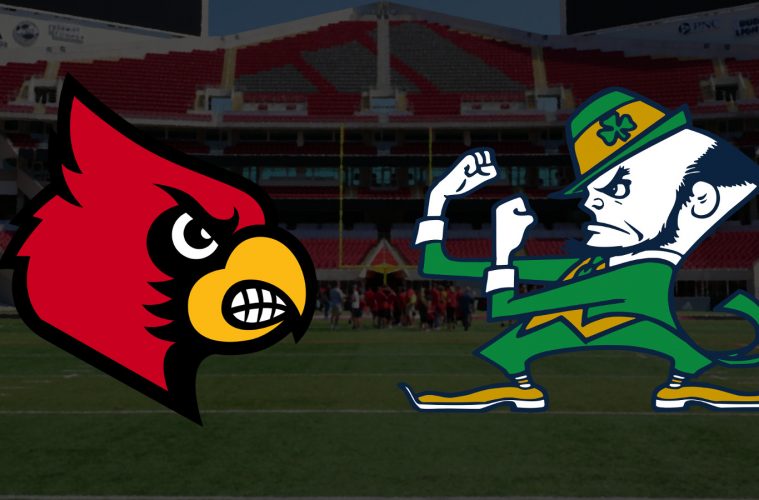 D-Day approaches for the Band of Brothers, and with H-Hour set for 8:00 p.m. Monday it will assuredly prove to be Der längste Tag. The Scott Satterfield era at UofL has begun, and yet has it truly started? It’s somewhat fitting that Monday will nearly mark nine months since Vince Tyra announced the Cardinals newest head football coach. By Tuesday morning we shall know what, precisely, this culture-shifting gestational period hath wrought.

It’s key to note that, whatever this incubation hatches, it has restored an Era of Good Feelings in the Falls City. Or, as I so eloquently put it while on-air with Mark Ennis, “…everyone’s been pukin’ rainbows and fartin’ sunshine.” And as sarcastic as that might seem, it holds as true as it did after the Battle of New Orleans. But however emboldened Cardinals fans are by the new culture of Louisville football, there remains a warranted seed of doubt. Will there be a pot of gold at the end of the rainbow? Or merely a cauldron of bile and pyrite? Louisville sports media’s poet laureate Eric Crawford would tell you that anyone saying they know what’s going to happen Monday night is a dirty rotten liar. And he’s correct in doing so. When I caught redshirt senior Tyler Haycraft in a light-hearted candid moment and joked, “You’re a big star now!” his response was a laconic, “…we ain’t even played yet.”

Notes For Those Attending In Person

Fear not Cardinals fans! It’s going to be a beautiful day for football in The Ville. 81 F and mostly cloudy as the lots open at noon, with little to no chance of rain. But beware, as the temperature will increase to near 90 as the skies clear towards Card March at 5:30 p.m. It’s a long day of tailgating, so pace yourself and be sure to drink plenty of water! We don’t want this Blackout game to be an actual blackout. By the time kickoff at 8:00 p.m. rolls around temps will have dropped back to around 83 with partly cloudy skies and lowering humidity with little to no wind. Perfect early autumn football weather.

What To Expect When You’re Expecting

As far as what to expect? Nobody knows, and don’t let anyone fool you into believing otherwise. The consensus spread has Louisville at +18, and that seems to be a fair assessment per the Cardinals fan base. What’s been the most notable about this Satterfield Era cultural shift is the corresponding onset of Louisville fan conservatism. Perhaps getting burned so horribly by the pitiful exit of He Who Shall Not Be Named has engendered a new sense of caution. We are on a collision course with pragmatism, as it were.

But it’s difficult to criticize an era where fans have begun to feel a newfound sense of pride even before the first kick and snap. It’s equally difficult to find fault in a regime that has restored hope and joy in the faces and words of young men who, just a year ago, had given up their love for the very game that defines them. The byword, time and again this preseason, has been effort. It might seem foolish to find confidence in the knowledge that the 2019 Louisville Cardinals will once again be trying to win. But after last year, that’s something in which we’ll all find comfort and joy.

So, I’ll admit I’m firmly in the pessimist/pragmatist camp at the moment. I feel that a good number of Cardinals fans join me in that mentality. But here’s the part where I remind you that the Louisville Cardinals are 1-0 all-time against the Fighting Irish of Notre Dame. It’s been nine months since Scott Satterfield came to Louisville, and Monday is Labor Day. It’s the birth of a new era, Cardinals fans. And I leave you with this: