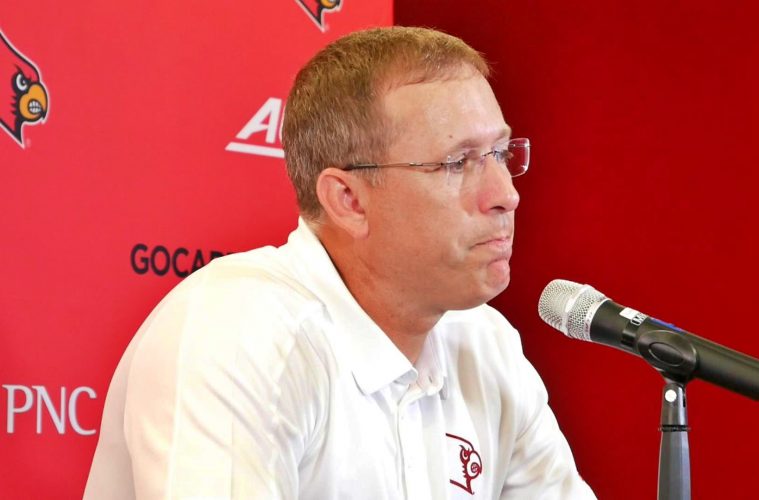 Only 23 days remain before the University of Louisville football team kicks off for the first time in the Scott Satterfield era. The head coach addressed the media on the official media day Saturday along with defensive coordinator Bryan Brown and offensive coordinator Dwayne Ledford.

Fun was a word that was thrown around a lot, as all three coaches focused on the new culture that the Satterfield staff has brought to the program. A close second was effort, with Bryan Browns’ Hustle Tape drawing some notice.

Fall camp continues and Saturday featured the squad’s first full-up scrimmage. A notable non-participant was Malik Cunningham who suffered a tweaked knee sometime in the past week of camp. While Satterfield was not specific, he implied that Cunningham was not currently in danger of missing the season.