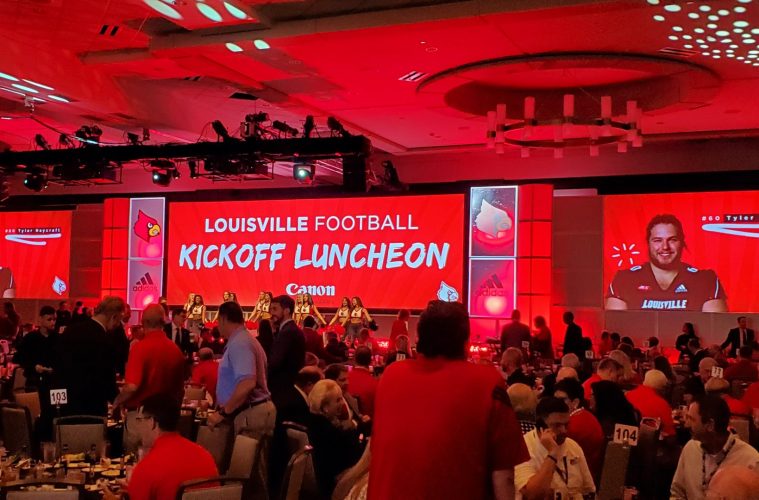 A packed room at the Marriott in downtown Louisville was treated to a good lunch and a preview of the upcoming season for University of Louisville football. AD Vince Tyra remarked that season ticket sales are up, and commented on how he needed to squeeze his way through the densely packed tables to make his way to the dais. All signs point to a renewed interest in the football program as Scott Satterfield takes the helm.

PA man Sean Moth played MC as P.J. Mbanasor and Tyler Haycraft discussed the renewed passion and improved culture for the program. This has been a constant refrain from both players and coaches. Indeed, head coach Scott Satterfield remarked on the same as he took the stage.

Butt Satterfield did have one remonstrance. As he took the stage to a standing ovation he said, “Thanks for the standing ovation, but we haven’t played a game yet.” As they say, the proof is in the pudding.