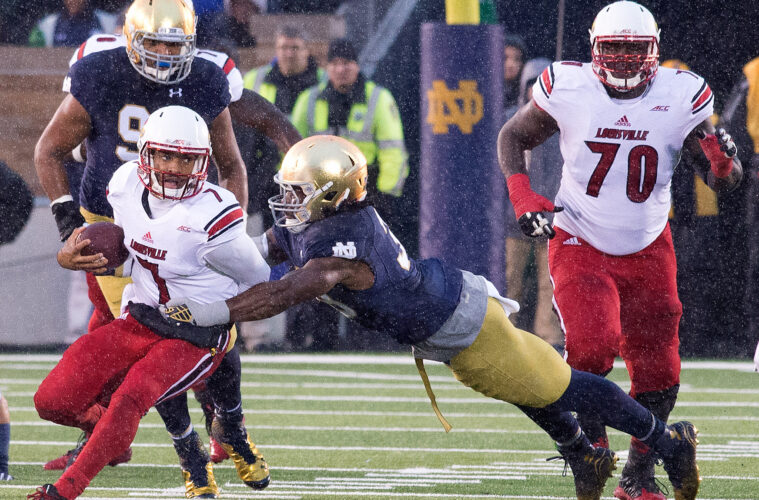 HEY GUYS! Welcome to the 2019 Louisville football season. It feels like ages since we watched actual football in this town…because it has been. I picked a hell of a season to start my “Keys to Victory” column, as last year would have been better served by a weekly “Keys to Survival” entry instead. But we got through it…barely. Bobby Petrino is gone, most likely pursuing his passion in pottery or organic soybean farming. Whatever he’s doing, he is somebody else’s problem at this point. The Scott Satterfield era has begun, and it looks promising. BUT, the Cardinal fanbase must have patience. Petrino left the roster an unbalanced mess, as evidenced by the rash of wide receiver transfers, positional changes, and the lack of depth at several key positions (most notably offensive line…where one freaking injury will leave us without a capable and ready backup at ANY position). But there are good signs everywhere you turn, from the star-studded assistant coaching staff, the clear change in attitude and apparent buy-in from the holdovers from last season, and a slew of other indications of the much celebrated (you guessed it) CULTURE CHANGE!!! As much as I am bought in to said cultural revolution, we’re going to need a corresponding talent infusion and a few years seasoning to get where I ultimately believe this program can go. However, that doesn’t mean we can’t expect some success in year one. As I did last year, each week I will lay out five keys to attaining that success, plus some notes on who and what to watch, and an inevitably horribly incorrect game prediction.

So, with no further ado…thus begins Season 101 of Louisville football, Season 2 of “Biscuit’s Keys to Victory”, and Season 1 of the Scott Satterfield Era. Let’s have some fun.

I fully expect an invigorated, prepared Louisville football team against Notre Dame on Monday. That will only go so far against such a deep and talented Irish squad. The Cards will take the air out of the ball and keep it close in the first half, before that depth and talent wins out in the second half. There will be plenty of positives to take away from the game.