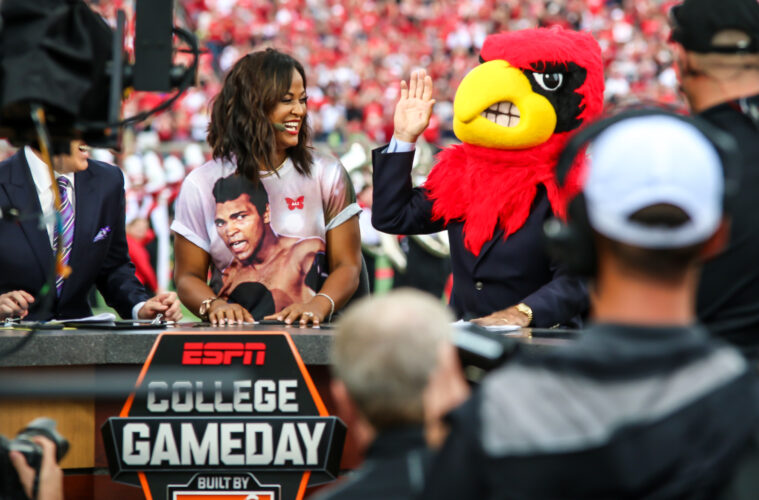 Welcome to the Schnellenberger Bowl edition of the Five Keys! The modern history of the Miami-Louisville rivalry is full of notable games, and this one looks to be no exception, with the College Game Day crew COMIN’ TO OUR CITAYYY!!! Sorry. Big & Rich has ruined me. Last year’s matchup was an odd one for the Cards. It was the first game all season where it felt like UofL just didn’t show up. They turned the ball over three times and gave up six (SIX!) passing touchdowns to a dude that will be selling insurance in two years. Just odd.

Opening weekend saw both good and bad from the Cards as they dispatched WKU in relatively convincing fashion. As I said at the time, it was almost an ideal non-conference opener. The game never really felt in doubt, but plenty of mistakes were made, giving the coaches plenty to work with during film sessions.

After a similar slow start, Miami pulled away from UAB in week one, winning 31-14. Their offense presents a unique challenge for the improved Louisville defense, and the Canes defensive front is talented and potentially disruptive.

With much of the country cancelling or delaying their seasons, Miami/Louisville looks to be the best matchup of the young season. SO, without further ado…

THE FIVE KEYS TO VICTORY

Starting next week I will be sharing my weekly menu and pictures of the previous week’s creations. So, ya know, you’re welcome.

Miami is one of those peer level teams to Louisville this season, as in I can see the 2nd spot (with Clemson) in the ACC Championship game coming down to one of the following: Notre Dame, Miami, UNC, Va Tech, and UofL. Meaning Louisville absolutely has to beat them if they expect to contend for that spot. Winning this game could be the difference between finishing 2nd or finishing 5th.

I think both teams are going to move the ball and score, and Miami’s fast pace will lend itself to a high scoring affair. That being said, Louisville has to hold Miami to significantly less than the 337 yards rushing they gained last week. I expect it to be back and forth, with UofL’s defense making one more stop than Miami.