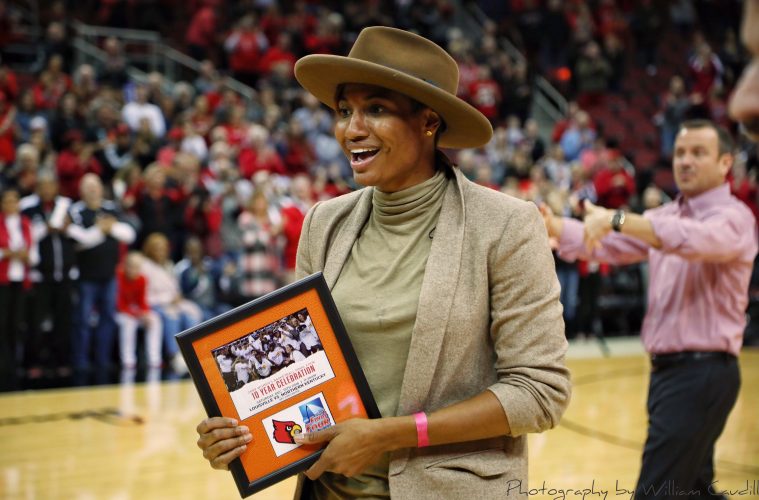 Louisville women’s basketball head coach Jeff Walz was joined by hall of fame Cardinal Angel McCoughtry as the Cardinals get set to face Team USA in an exhibition game.

Tickets are still available but the university is expecting at least 10,000 fans to come to the KFC Yum! Center on Sunday at 2:00 p.m. The upper bowl has been opened for ticket sales.

McCoughtry played for the Cardinals from 2005 to 2009 and holds the all-time school record for scoring with 2,779 career points. She was drafted in 2009 by the Atlanta Dream and was their franchise player before being released to free agency this year.