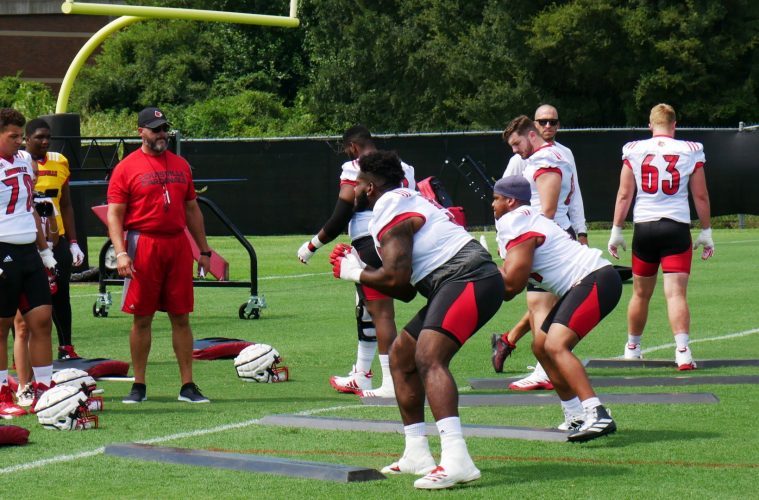 The first fall camp of the Scott Satterfield era kicked off today as the University of Louisville football team began practice. The Cardinals look to forge ahead under new leadership after a dismal two and ten season.

Head coach Scott Satterfield, junior offensive lineman Mekhi Becton, and junior linebacker Dorian Etheridge spoke to media after today’s practice to give their assessments of the road ahead.