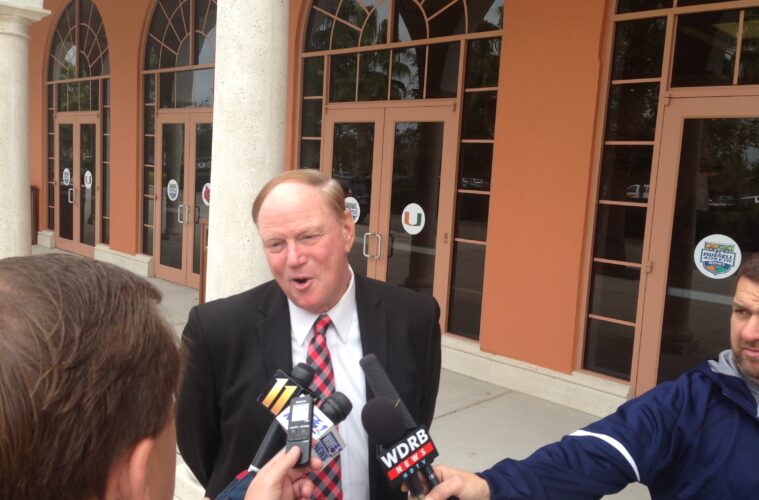 The Ruling is In – Franklin County Court Issues Injunction in Beshear v. Bevin

Franklin County Circuit Judge Phillip Sheperd entered his ruling today in the long running dispute between Governor Matt Bevin and Attorney General Andy Beshear.  In a ruling that is not particularly surprising; Judge Sheperd issued a temporary injunction which prevents the newly formed Board of Trustees from taking additional action at the University of Louisville.

Citing a lack of judicial review, or legislative oversight, Judge Sheperd ruled that Governor Bevin’s actions appear to ” . . .violate the statutory requirements for appointment of university trustees, tenure in office, staggered terms, and continuity of membership in the governing bodies of public universities…”

Judge Sheperd also found that there is an appearance the Governor violated section 15, 27, and 28 of the Kentucky Constitution concerning separation of powers.  Such a violation, requires ” judicial intervention to avoid significant disruption and preserve a meaningful right of judicial review.” In short, the judge had to step in on this case before too many actions occurred at the hand of the new board.  Once everything changes, a ruling for the AG would have been in name only.

Procedurally speaking, this is how it works:

Attorney General filed lawsuit saying that this action was unlawful, and furthermore, requested the Court step in and stop any additional action taken by the “new board.” (Injunctive relief)

Court receives the lawsuit, and will ultimately issue a ruling on the merit of the case.  However, in the meantime, the Court looks at the request for injunctive relief and evaluates the following factors;

In this case, the Court answered yes to all three questions, so injunctive relief was granted. The Court mandates that effective going forward, the parties return to the positions they held prior to the entrance of the Executive Order.

The underlying litigation is still active, but the Governor has appellate relief available to him in order to try and overturn the Circuit Court’s injunctive ruling.  (Judge Sheperd reportedly advised counsel for both Governor Bevin and Attorney General Beshear earlier in the month that perhaps they could work out some sort of compromise to settle the dispute.)

As it relates to the “new board” it is clear that they can take no additional action until this matter has been formally resolved.  This will occur either by a trial, an order by the Supreme Court, or by agreement of the parties.

One thing is certain, this will definitely get more and more complicated, and the status  of the university hangs in the balance.