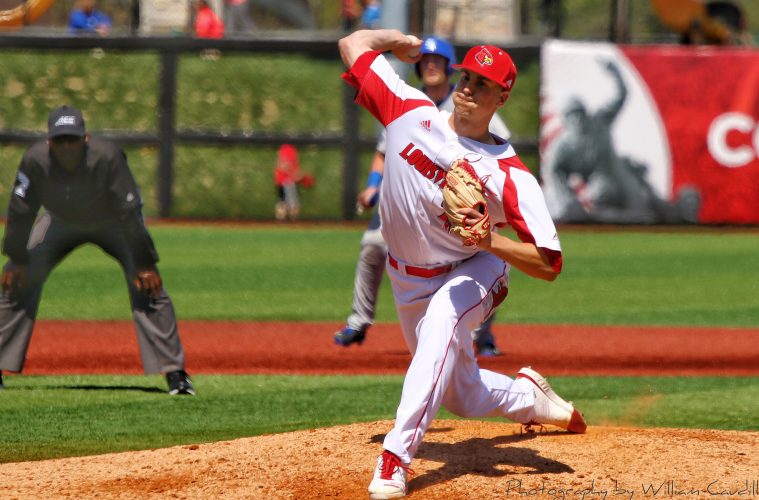 With the 201st pick in the seventh round of the 2019 MLB Draft, the Miami Marlins have selected University of Louisville senior right-handed pitcher Bryan Hoeing. If he signs, his contract has the potential to be worth up to $229,700, and has until July 15th to do so.

An MLB draftee of the San Francisco Giants in 2018 as a junior, Hoeing instead opted to come back fo this senior season at Louisville. Starting out 2019 as a starting pitcher, he made the switch back to a reliever a month into the season and it made immediate dividends for him. His ERA of 2.70 for the season drops down to just 2.13 when taking into account only his relief appearances, and is also accompanied by an impressive 0.92 WHIP. Getting stronger as the season progressed, he did not allow a run in 8 of his 15 relief outings but did so in 7 of his last 10.