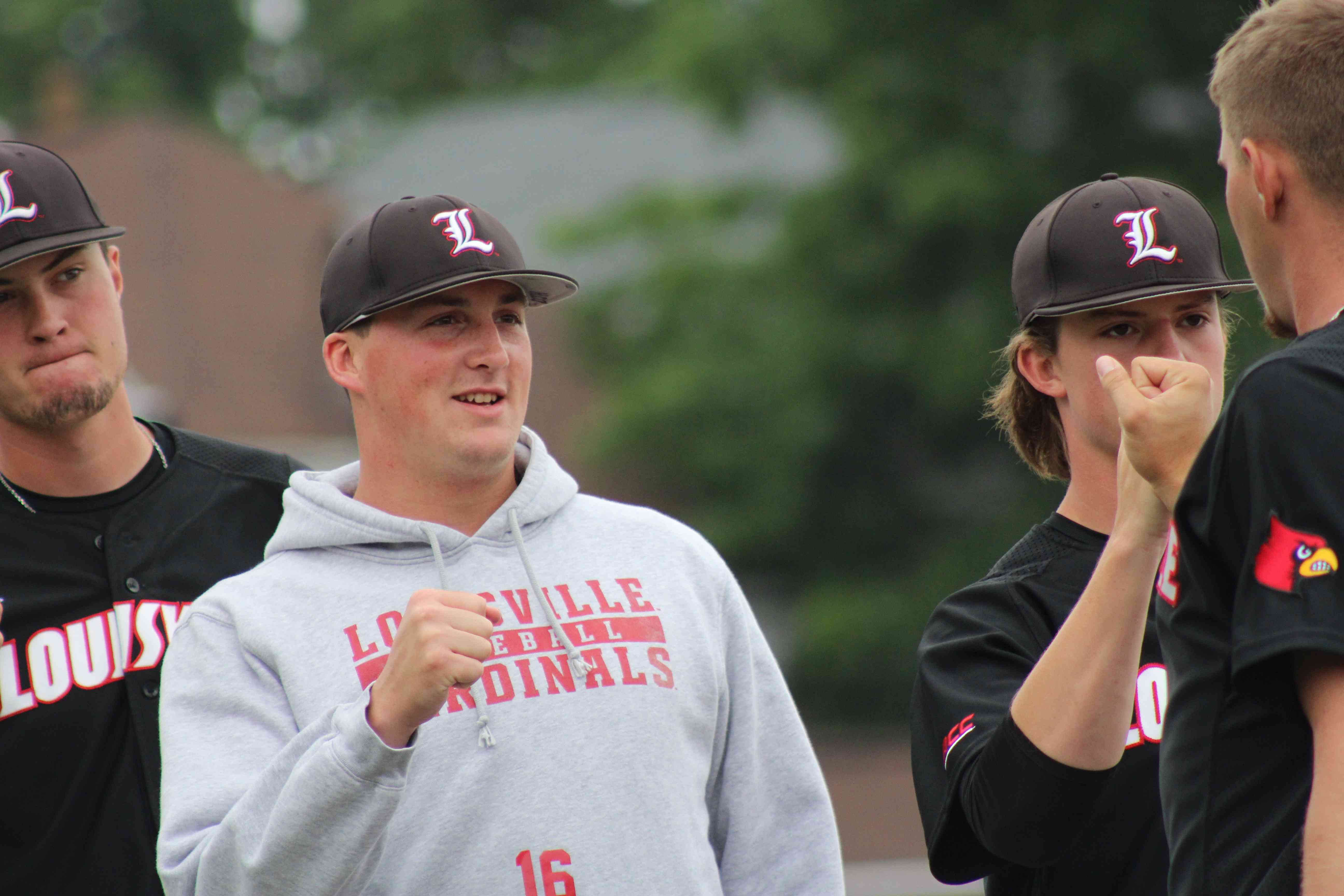 Kyle Funkhouser was a 1st Round Selection by the Los Angeles Dodgers in the 2015 Major League Baseball Draft and turned down a signing bonus between $1.7 -$2.0 Million to return to Louisville for his senior season.  Funkhouser did that to move up in the draft a secure a more lucrative spot for him in the 2016 MLB Draft on June 9th.

But things haven’t gotten off to a hot start for Kyle. In 6 appearances Funkhouser has posted a 2-2 record and a career high 4.89 ERA.  In fact, Funkhouser is just 7 Earned Runs away from matching his Sophomore Season total of 26 Earned Runs….he made 18 appearances and threw 120.1 innings.  Kyle instead has posted 19 Earned Runs in just 35 appearances in the first 1/3 of 2016.

On Thursday afternoon Louisville Manager Dan McDonnell announced that for this weekend’s series vs. Virginia Tech (Saturday, Sunday, Monday) that Sophomore Brendan McKay would get the ball for Game 1.  “There’s been a lot on his (Funkhouser’s) plate for two and a half years and it’s time to take a little bit off his plate,” McDonnell said “and let the depth of our bullpen and let the talent of our team take over and let him pitch Game 3 (vs. Virginia Tech on Monday 4/4). ”

Coach McDonnell while explaining his decision, “You try to justify your decision.  Every time you run out you are trying to prove the worth of the decision you made.  Baseball is a crazy game, the harder you try sometimes the worse you do.  We just want him to get to a comfortable place.  We want him to have fun, we want him to help this team win and enjoy the opportunity to play one more year.  I’m looking forward to seeing his start Monday night.”

What Kyle Funkhouser needs to do is to find a rhythm and loosen up.  This move by Dan McDonnell will give Kyle a chance to get a few extra days of rest and work with Coach Roger Williams.

Will this move be permanent?  It’s hard to say.  But having Brendan McKay in Game 1 and Kyle Funkhouser in Game 3 to close a series and Drew Harrington in the middle is a powerful line-up of starters to roll out during ACC play.

Of course McDonnell could also elect to start Funkhouser on Monday (4/4) and come back with him vs. Florida State for Game 2 (4/9) and then transition Kyle back to the #1 spot vs. Clemson on April 15th.  Doing so would give Funkhouser more work in a shorter than normal window and perhaps give him an opportunity to pitch more often and find a rhythm.  McDonnell explained that this move isn’t necessarily permanent, “It’s always week to week. That’s traditionally been the ways it’s been here.  There is no contract they sign, there is no agreement that someone has to pitch on a certain day.  It’s always flip the ball to the hot hand.”

Either way, Funkhouser accepting this role and pitching well will do wonders for his draft position.  Brendan McKay is potentially the #1 Overall Selection in the 2017 MLB Draft next year and professional pitchers often have to deal with shuffling of rotations.  Kyle has an opportunity to take a few days now and regroup.  Brendan McKay seems to think that Funkhouser will take full advantage: “Obviously Funk’s still going to throw great even though he is throwing on the Sunday spot but he just needs to get back to himself playing as the guy he was freshman, sophomore and last year.”

If Louisville is going to advance to Omaha and if Kyle Funkhouser is going to be a 1st Round Selection again in 2016 both the Cards and Kyle need Funkhouser to find “The Funk”.