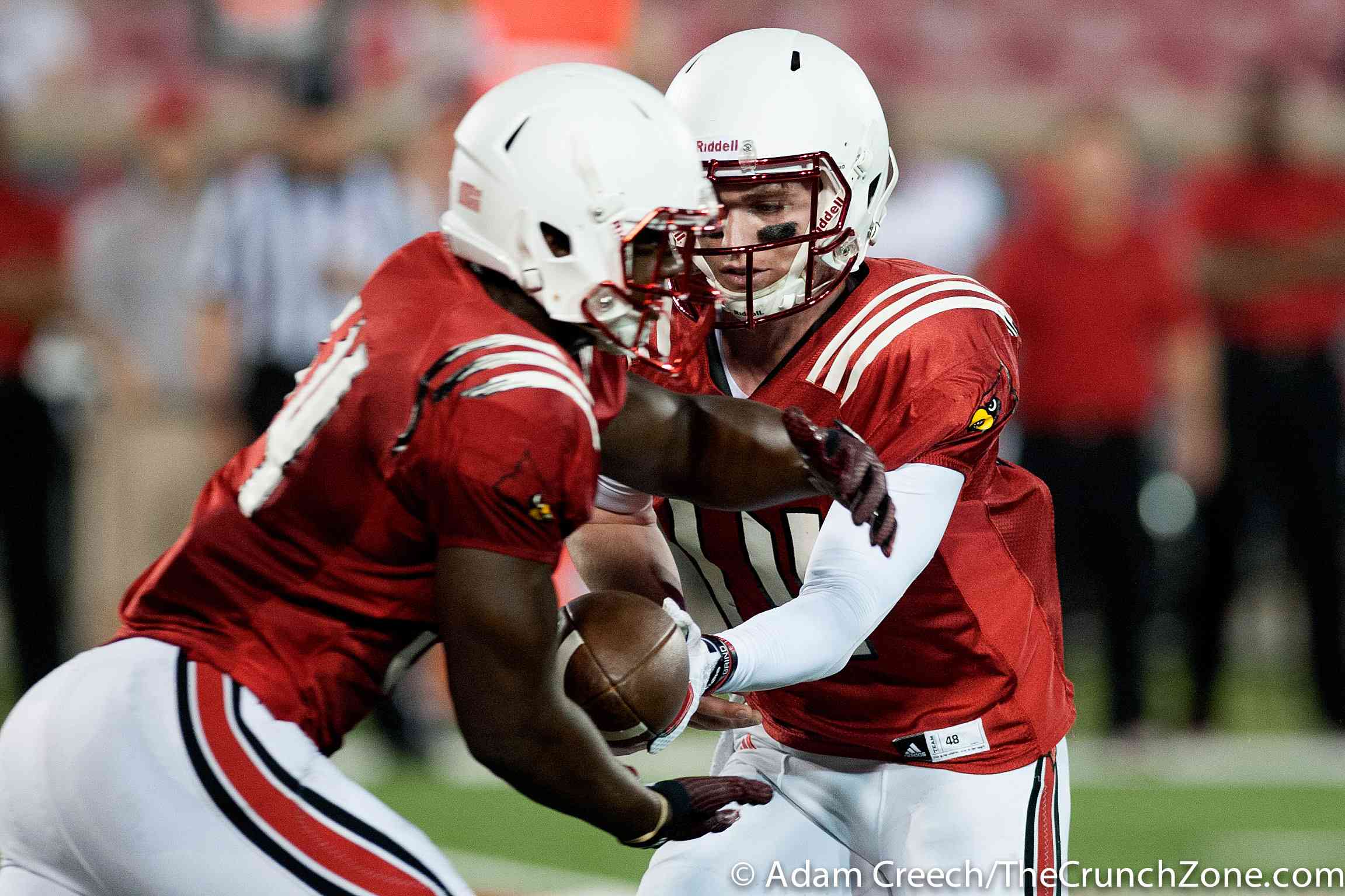 The University of Louisville football team will conduct the annual Wendy’s Wonderful Kids Spring Game on Saturday, April 16 at 1 p.m. at Papa John’s Cardinal Stadium.  Admission to the game is free.

The spring football game is the marquee event in a day-long Fan Fest celebration highlighted by five different UofL teams in action.  The day begins at 10 a.m. in StreetFest with live entertainment and carnival rides.  Located between stadium Gates 3 and 5, the StreetFest area will feature food vendors, beer and drink specials, plus live music and family-friendly games and rides.

Cardinal Authentic – the team store of the Louisville Cardinals – will host a blow-out sale near Gate 2 where fans can purchase officially-licensed merchandise for up to 50 percent off.  Tickets for the carnival rides will be sold per ride or an all-day pass can also be purchased.

Gates will open at noon with draft specials available throughout the game on the Norton Healthcare Terrace for only $2.  During halftime, Louisville will recognize its most recent football alumni by presenting last season’s team awards, including the 2015 MVP.

Following the game, the team will host a 45-minute autograph session on the field.  Autograph stations will be divided by position and located around the playing surface.  Fans that arrive early to the game can pick up the limited edition Wendy’s Wonderful Kids Spring Game schedule poster at the gates with a minimum donation of $2 to the Dave Thomas Foundation.  There is a strict limit of one signed item per fan during the autograph session.

Fans can also check out other nationally-ranked Louisville teams in action on Saturday.  The fourth-ranked baseball team will host ACC foe Clemson at 4 p.m. at Jim Patterson Stadium.  It’s a “BBQ on the Berm Day” at the ballgame where fans can purchase hamburgers for just $3 and drink specials for just $2 in the left field berm area during the contest.

The fifth-ranked lacrosse team opens the day’s action at noon versus Virginia, while 25th-ranked softball team will play a doubleheader with North Carolina Central starting at 3 p.m.  The men’s and women’s track and field squads will also host its spring invitational all day at Cardinal Park.

Within walking distance from Papa John’s Cardinal Stadium, all Louisville home events on April 16 include free admission.  Parking lots will open at 8 a.m.

Football season ticket renewals for the 2016 campaign have begun with a May 2 renewal deadline. For information on purchasing new 2016 season tickets, fans can complete a season ticket priority waitlist (http://www.gocards.com/sb_output.aspx?form=6) online.

Fans also can purchase the men’s basketball and football combo plan, which consists of five home football and all men’s basketball home games, for $500. Both ticket packages can be secured at the Ticket Sales Central Booth at the Spring Game’s StreetFest.  For more information, visit www.GoCards.com/SeasonTickets , call (502) GO-CARDS, or email tickets@GoCards.com.

(All home events include Free Admission)