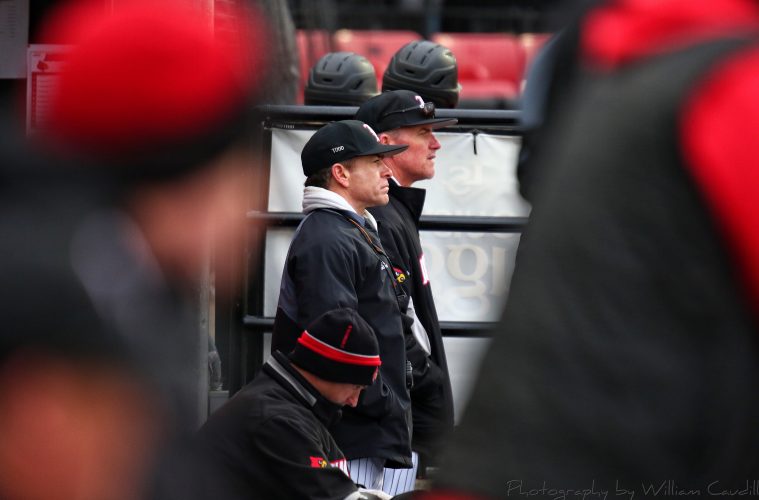 In their first week at home in the 2019 season, you couldn’t ask much more from Dan McDonnell’s squad. The #8 Louisville Cardinals (5-2) handled their business, defeating the Eastern Kentucky Colonels (6-2) in the home opener, then following that up with a 3 game sweep of the Brown Bears (0-3).

Louisville had a tremendous bounce back week after dropping the UConn series. The Cardinal Nine drove in an impressive 30 runs on 35 base hits, and drew a total of 16 walks across all three games. The most impressive performances at the plate were from the leadoff hitters. Lucas Dunn, Jake Snider, Tyler Fitzgerald and Logan Wyatt, who were the 1-4 batters in the lineup for all four games, went a combined 18-59 (.305), drew 13 walks, and drove in 16 RBIs. The series also featured a ton of dominant pitching performances. The four starting pitchers combined to throw 30 strikeouts, allow only 4 earned runs, and surrender only 8 walks. Reid Detmers certainly had the most dominant of these starts, going 7.0 innings deep and tossing 11 strikeouts. The game in which Detmers started was nearly a combined no-hitter, as Jack Perkins would get to the final at-bat of the game before allowing a hit.

While Louisville does have plenty of talent and promise for an excellent remainder of the season, they are by no means perfect. Outside of the top of the lineup guys in Lucas Dunn, Jake Snider, Tyler Fitzgerald and Logan Wyatt, (who are batting a combined .350), the rest of the roster is batting a subpar .210. The Cards are doing a better job of getting batters on base in the top of the lineup, but so far this season the bottom half of the lineup leaves much to be desired. As a result, batting with runners in scoring position and leaving men on base seems to be the current biggest issue facing the Cards. However as the season progresses and more players get more reps and into the swing of things, it should be a self-fixing problem especially with the help of Coach Mac and the rest of the coaching staff. But for now, these remain real issues that if left unchecked, will come back to haunt Louisville later down the line.

Coming up this week, Louisville will continue their 14 game home-stand with a midweek game this Tuesday against the Xavier Musketeers (1-5). For the weekend, the Cards will face off against the James Madison Dukes (6-1) in a three game series.

Louisville will spend the entire week at Jim Patterson Stadium, with the midweek game on Tuesday and a normal slate of weekend games on Friday-Sunday.

Adjusting the ticketed entry plan first featured last season, 17 of this season’s 34 home games will revert back to free entry. Tickets can be purchased here. In case you cannot make it to the games, all 4 games will be broadcast on ACC Network Extra. The first two games of the week can be heard on 1450 WXVW while the last two can be heard on 93.9 The Ville.

When you look at Xavier’s starting lineup, you start to wonder why they haven’t won more games. The Musketeers currently have six starting position players batting over .300, including two players batting at .400 or above. Infielder Jack Housinger has certainly made a big impact early on in his Xavier career. The freshman leads the Big East in batting average with an eye-popping .538, along with an OPS of 1.178 to boot. Two-way player Jake Shepski provides more consistency from a run-scoring perspective, tying for the most RBIs on the team with 7. Tied with Shepski in RBIs is first baseman Mark Warkintin, who leads Xavier in home runs with 3 and is sixth in the Big East in slugging percentage (.727). The Musketeers’ keys to victory will most certain come from these three. However when you look at the pitching numbers for Xavier, it becomes easy to understand why they’ve only won 1 game. As a pitching staff, they rank in the bottom 25 in ERA (9.24), WHIP (2.17) and walks allowed per nine innings (8.34). Outside of sophomore southpaw Nick Zwack, Xavier cannot seem to keep the other team from scoring. As long as Louisville does a decent job of containing the Housinger/Shepski/Warkintin trio, the Cardinal Nine should be able to pull ahead.

James Madison has the potential to shock Cards fans. Like Xavier, they too have a deadly trio at the plate that the Cardinals’ pitching staff should be weary of. Catcher Michael Morgan, first baseman Brady Harju and infielder Trevon Dabney are 3 of the 5 Dukes players who are batting .300 or better (.310, .333, .364 respectively), and all three also carry a slugging percentage of .540 or above. But these three don’t have the power you might be thinking of, as the team as a whole only has one home run off the bat of Brady Harju. They excel at putting the ball in play where it needs to be via extra base hits. All three are ranked in the top 25 in doubles, with Brady Harju ranked 5th in the nation in doubles with 5, and Michael Morgan ranked #1 in the nation in triples with 2. If pitches are not placed correctly in the zone by the Cardinals, these three will find a way to make them pay. Unlike Xavier, James Madison has a much better pitching staff with a team 3.29 ERA, and features a couple pitchers that need extra love in the scouting report. Combined between starting right-hander Kevin Kelly and left-handed reliever Brett Ayer, they have 33 strikeouts over 20.0 innings pitched, only 5 allowed walks and no earned runs. Their 11 hits between the two is good for a combined WHIP of only .80. These two pitchers excel at not allowing base runners, so the red-hot top of the Cards’ lineup will have their hands full with these guys.

My prediction for the week is that after Louisville defeats Xavier in a high-scoring affair, they will win the series against James Madison but be denied a sweep to move to a record of 8-3.