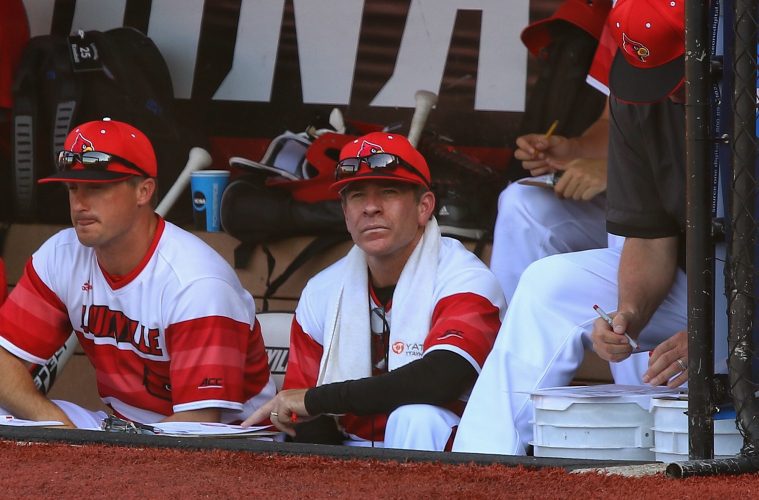 Playing in their first home series of the season, the #8 Louisville Cardinals (5-2) swept the Brown Bears (0-3) in a series that for the most part featured a complete domination over the Cards’ ivy league foe.

The Cardinal Nine drove in an impressive 25 runs on 30 base hits, and drew a total of 16 walks across all three games. The most impressive performances at the plate were from the leadoff hitters. Lucas Dunn, Jake Snider, Tyler Fitzgerald and Logan Wyatt, who were the 1-4 batters in the lineup for all three games, went a combined 15-45 (.333), drew 10 walks, and drove in 13 RBIs.

The series also featured a ton of dominant pitching performances. The three starting pitchers combined to throw 24 strikeouts, allow only 4 earned runs, and surrender only 6 walks. Reid Detmers certainly had the most dominant of these starts, going 7.0 innings deep and tossing 11 strikeouts. In a newfound relief role, Bobby Miller also showed prowess on the mound, tossing 8 strikeouts in 4.0 innings of work in game 2.

Behind a strong pitching performance from Reid Detmers and a solid day at the plate from the leadoff hitters, the Louisville Cardinals dominated the Brown Bears from start to finish, as they took game 1 of the Friday doubleheader by a score of 7-0. The pitching staff came just one batter short of the Cards’ first no hitter since 1983 (March 26th vs. Cincinnati – Dave McCormick).

Making his second consecutive game 1 start, Reid Detmers tossed an absolute gem of a game in his first home start of 2019. The sophomore from Chatham, Illinois was absolutely unhittable as he tossed an incredible 11 strikeouts over his 7.0 innings on the mound, both good for career highs. This included not allowing a single hit, allowing only a single walk in the sixth inning, as well as striking out the side in both the second and fourth innings.

While Detmers was busy having a career day, the rest of the Cardinal Nine made sure his fantastic performance would not go to waste. So far in 2019, Louisville has been the first to score in every game they have played, as a wild pitch in the first inning sent sophomore second baseman Lucas Dunn home for the game’s first run. Junior designated hitter Danny Oriente added another run off a sacrifice fly in the third, but the middle innings are where the scoring really started to open up.

With runners in scoring position in the fourth inning, freshman catcher Henry Davis grounded out to plate the inning’s first run, then consecutive base hits from Lucas Dunn, junior left fielder Jake Snider and junior shortstop Tyler Fitzgerald added another 2 runs to push the Cardinal advantage to 5-0. Just two innings later, the same trio would all get consecutive base hits yet again, with Fitzgerald’s single plating another two runs. By the end of the game, the three players would go a combined 8-10 at the plate, including a 4-4 performance by Snider and 4 total RBIs from Fitzgerald.

Jack Perkins would relieve Detmers in the eighth, and while he was able to strike out a pair of hitters over the last two innings, the combined no-hitter would be lost in heartbreaking fashion. With two outs left in the ninth, a weak fly ball sent to no man’s land in between first base and right field would come up just short of sophomore Zach Britton’s glove.

Lavey Walks It Off In Extras To Clinch Series

In a more competitive game than expected, the Cardinal Nine took the Brown Bears to the wire and emerged victorious in dramatic fashion. In extra innings, junior third baseman Justin Lavey delivered Louisville’s first walk off since May 17th of last season (Zach Britton vs. Notre Dame).

For game 2, Brown had taken exception to that fact that they almost had a no hitter dropped on them in the previous game. They started by scoring the game’s first run in the second inning, the first time Louisville had not scored first all season. While a Zeke Pinkham RBI sacrifice fly in the second and an RBI single from Logan Wyatt in the third gave Louisville back the lead, it was only for a moment.

Unlike the first game of the doubleheader, the drama and suspense of a potential no hitter ended pretty quickly into the game, as starting pitcher Nick Bennett surrendered a base hit on the very first pitch. The junior left-hander from Cincinnati had a relatively solid outing, until he ran into a bit of a speed bump in the fifth inning. Thanks to a walk, a throwing error and 3 base hits, the Bears would put up a three-spot in the fifth inning.

Although freshman Alex Binelas had reached home off a Jake Snider fielder’s choice in the bottom of the fifth to cut the deficit to 1, Brown had already forced Bennett’s pitch count all the way up to 92. Coach Mac was forced to play his hand, and decided to insert 2018 Freshman All-American Bobby Miller into the game. During his 4.0 innings of work where he struck out 8 batters for a career high, the Cardinal Nine were able to come back and tie the game up in the sixth with a sacrifice fly off the bat of Alex Binelas.

But tying the game is all Louisville could muster during the first nine innings, so the contest was forced into extras. The Cards would find an unlikely hero in the 10th inning in third baseman Justin Lavey, as the junior would deliver when it mattered most despite entering the at-bat with a .105 batting average. With two runners in scoring position and two outs, a base hit up the right side would send home Trey Leonard and clinch the series.

Enduring a rain-delay in the final game of the weekend series, the Cards secured the sweep of the Brown Bears in a game where everyone was swinging a hot bat. Louisville racked up 13 runs and 13 hits despite, including a pair of three run innings and a 7 run eighth inning. Zeke Pinkham and Danny Oriente tallied 3 base hits a piece, while Tyler Fitzgerald, Logan Wyatt and Drew Campbell all had multi-RBI performances.

Though the series had long been lost for Brown, that didn’t stop the Bears from playing for pride’s sake. They tallied up 6 base hits off senior starting pitching Bryan Hoeing in the first three innings, including plating the game’s first run in the top of the third. But that didn’t stop Hoeing from having a bend-but-don’t-break mentality, as he fanned 5 batters in those same innings, and 7 strikeouts over his entire 5.0 inning performance.

Louisville’s bats weren’t far behind Brown’s as they would take back the lead in the bottom of the third with a crooked number inning. Junior left fielder Jake Snider beat out an attempted double play with runners on the corners to give Louisville their first run, then up came fellow junior Tyler Fitzgerald. The shortstop made the most of his at bat, launching a 363 foot 2-run home run to seize the lead, good for Louisville’s first home run at Jim Patterson Stadium in 2019.

Losing the lead wouldn’t stop the Bears from trying to claw back into the game, as Brown would capitalize on a pitching change and a defensive miscue. Coach Mac would pull Hoeing after 90 pitches and insert freshman right-hander Kerry Wright. With a man on first, the #71 overall high school prospect would allow a base hit, and a throwing error from the outfield would allow that runner to come home. Fortunately he would limit the inning’s damage to just one run, and preserve Louisville’s lead.

Not to be outdone, the Cardinal Nine would put up yet another 3-spot in the sixth. Jake Snider would lead off the inning with a triple, then all-American Logan Wyatt would be given an intentional walk. Louisville would plate a runner in each of the next three plate appearances, with designated hitter Danny Oriente delivering an RBI double, outfielder Drew Campbell sending home Wyatt off a sacrifice fly, and Oriente coming home off a throwing error with Jared Poland at bat.

With the threat of heavy rain coming in late innings in the contest, the pace of play would have to be drastically increased in an attempt to squeeze in the entire game and avoid having to play the final couple innings on the next day. However, the players had other ideas.

Junior outfielder Drew Campbell would launch a ball deep to center field, and the center fielder would fail to cleanly filed the wet ball, allowing the 2 runners on base to scramble home. A groundout RBI from Jared Poland and a bases loaded walk from Tyler Fitzgerald would 2 more, and a bases loaded single from Logan Wyatt would add another 2. Sophomore outfielder Trey Leonard wound round out the scoring in the eighth with the inning’s fifth hit and the Cardinal Nine would finish the inning with 7 runs.

Unfortunately, the game’s last three outs would have to be delayed until Sunday, as the rain showers transitioned into thunder storms, forcing a weather delay and inevitably a delay. Though it would be delaying the inevitable, as junior right-hander Austin Dickey would make quick work of the Bears’ hitters in the ninth to clinch the sweep.