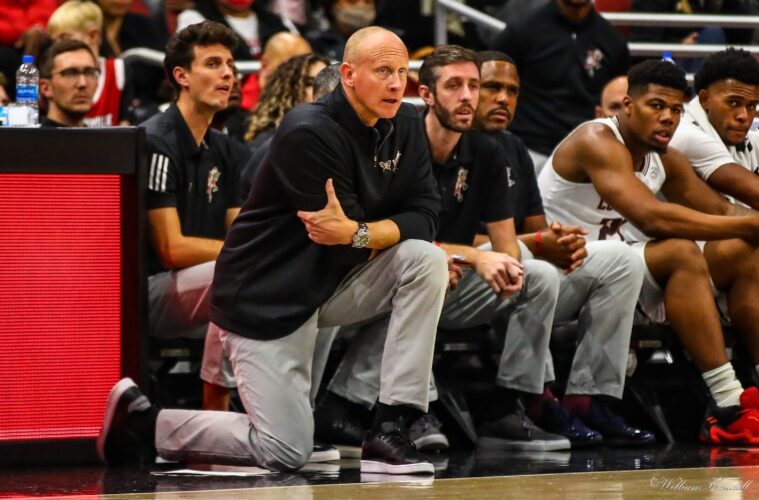 They don’t care how, they care how many. Despite several, at times agonizing, rough patches the Louisville Cardinals men’s basketball team managed to gut out an ugly 73-69 win over the Demon Deacons of Wake Forest. The post-pause collapses of yesteryear have apparently been exorcized even if the Cards hadn’t had the opportunity to be exercised.

With the game against the Cats canceled (postponed?) and an imposed pause due to Covid, the Cards were just barely able to shake off the cobwebs after the loss to WKU on the 18th. The spark did show early in the first half, but was still a generally ugly affair. A big three from Malik Williams and an authoritative slam dunk from Samuell Williamson had the 14,000 some-odd Cards fans looking on the positive side.

But the Cards could not find a way to connect close-in to the basket, and quickly found themselves on the losing side of the rebounding battle. And at the under eight timeout, the wheels came off. Wake ended a drought by both teams with a 6-0 run that stretched to 11-0 before the Cards were able to answer with a pair of three throws. The Cards would go a full eight minutes with no field goals before a Mason Faulkner to Jae’Lyn Withers three pointer breathed a small amount of life back in to the Yum! Center.

At the half the Cards had managed to scratch back to just a five point deficit with Wake in front 31-26. Just seven of 23 from the field, only the Cardinals four of ten from three-point range provided a glimmer of hope. Standing in opposition to this figure was the dismal six points in the paint compared to Wake’s 20.

The second half didn’t start in promising fashion, but Wake came out of the locker room cold and gave the Cards a chance. Increased aggression in the paint drew an increasing number of Wake Forest fouls and Louisville eventually found themselves on the positive side of the rebounding battle. A 17 for 23 performance at the line in the second half (25 of 34 for the game) kept the Cards in the game until a Noah Locke three put gas into an 8-0 run. Wake answered and from that point forward the Cards and Deacons traded salvo for salvo.

Locke’s five three pointers (5 of 7) were certainly a defining factor in the win, saying post-game, “I want the big shots. I want coach to call plays for me when it comes to those times in the game.” But it was the late appearance of Matt Cross and Sydney Curry was just the kind of juice needed to fuel the Cardinals’ win. Fresh legs added new aggression to the Cards’ attack and began the push to get over the hump.

The combination of West, Faulkner, Locke, Cross, and Curry maintained the momentum with Faulkner’s experience keeping things glued together despite some sloppy moments. Matt Cross only spent 11 minutes on the floor but looked like he’d played 30 after Mack had to take him out for want of speed.

A big Malik Williams three complemented one of Locke’s as the game wound down, and Wake was forced to foul. A crucial Samuell Williamson rebound was followed by some…questionable operation of the shot clock. Hey, it’s a Wake Forest game so…yeah. Whatever the reason the Cards held the lead with the shot clock off, and despite a late foul from Jarrod West the Cards were able to close things out.

Mack was stoic, as usual, after the win but heaped praise on Sydney Curry’s energy as well as Mason Faulkner’s leadership.

“It was a gut-check win…Sydney Curry…brought a lot of juice to the game.”

“Mason Faulkner is really who we thought he was going to be this year. He has a penchant for making big plays in big moments.”

Mack was sure to also call out Faulkner’s defensive performance against Wake’s potential All-ACC Alondes Williams who finished with 15 but was just four of 14 from the field.

As for continuing focus going into the Georgia Tech game (now set for Sunday, Jan. 2), Mack would say, “We can’t have starting guys who end up with goose eggs at the end of the game…the only way that’s going to happen is if we work together, and not take the first shot that we find.”

And with Locke’s performance as evidence, Mack was sure to point out that the senior guard is one of the people he trusts to take the big shots.