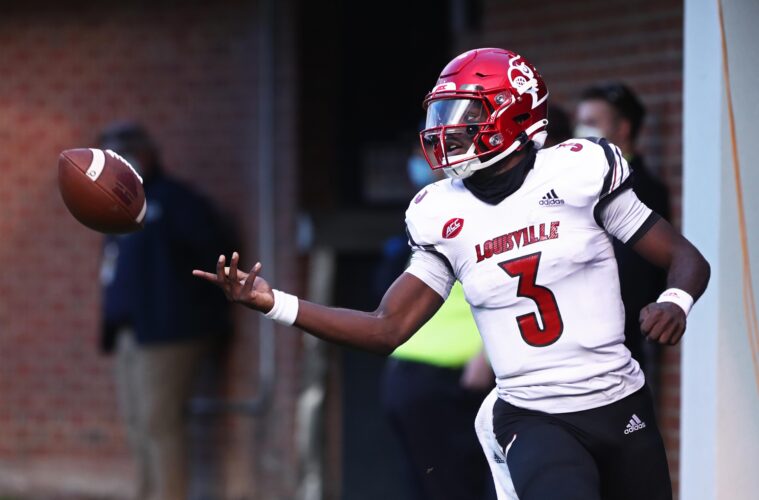 The Davey O’Brien Foundation revealed the 2021 Davey O’Brien National Quarterback Award Watch List on Tuesday, a group that includes University of Louisville quarterback Malik Cunningham and 29 other top quarterbacks across the nation.

Compiled by a subset of the Davey O’Brien National Selection Committee, this year’s list was selected based on career player performance and expectations heading into the 2020 college football season.

Entering his third season as a starter, Cunningham has thrown for 5,153 career yards and 43 touchdowns in his career, which ranks 10th and seventh, respectively, on UofL’s all-time list. He ranks second all-time in rushing yards and rushing touchdowns by a quarterback.

The native of Montgomery, Ala., set career highs last season in passing yards with 2,615 and tossed 20 touchdowns. He finished second on the team with 609 yards rushing and seven touchdowns, while posting a pair of 100-yard rushing contests. He rushed for a career best 197 yards at Virginia and added 133 in a loss at Boston College.

Through the air, Cunningham threw for a season high 350 yards and three touchdowns versus Virginia Tech and opened the year with 343 yards and three scores against Western Kentucky.

The redshirt junior completed 64.1 percent of his throws and became the first quarterback in school history with four 75-yard touchdown passes in a career.