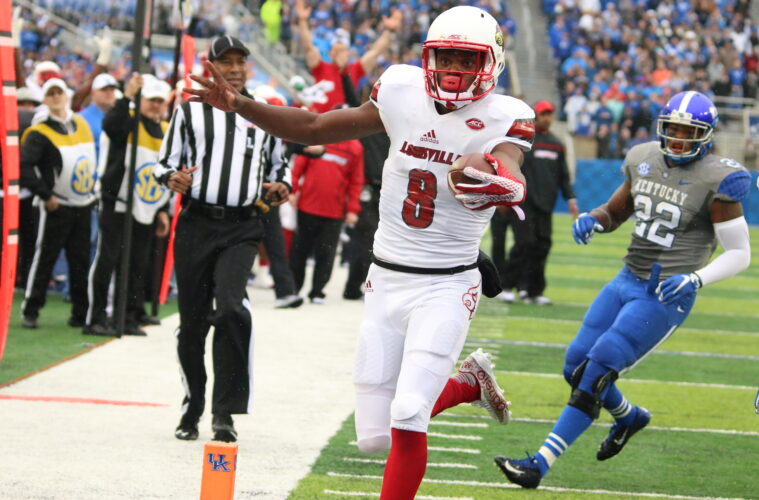 Bringing in a new defensive coordinator is never an easy change for football players, but two weeks into fall camp, it seems like the University of Louisville’s adjustment to its new defensive signal caller is seamless.

Coming from Mississippi State, Peter Sirmon brings a new energy and scheme to the Cardinals’ defense, which has finished in the top 25 each of the last seven seasons.

Sirmon introduced his new defense last spring, and obviously, the learning curve took a little while to become familiar with all the new concepts.

After 11 fall practices, the intensity and attention to detail has picked up with the season opener versus Purdue just three weeks away.

Presenting new terminology and concepts are certainly the most taxing mentally, but the new pace has been another adjustment for the players.

“It’s more up-tempo,” defensive lineman Jonathan Greenard said following practice. “It’s always non-stop, pushing effort. He wants guys around and running to the football on each play. The coaches want 11 hats around the football on every play.”

While the Cardinals were an attacking defense last season, Sirmon has done his best to put his playmakers in the right positions to be more effective.

One player having to change his approach is sophomore Jonathan Greenard, who made his collegiate debut last season and finished with 7.0 tackles for loss and 2.0 sacks.

Playing more of an outside linebacker position a year ago, the Hiram, Ga., native has played with his hand more on the ground this season.

“I’m playing a little bit of both,” Greenard said, “which is similar to last season. I just want to get on the field. Anytime I get on the field I just try to go out and make plays. I try to play hard and do what I’m coached to do.”

Coming in at 230 pounds, the 6-foot-4, third-year player redshirted in 2015 and used that season to change his body. Appearing in 12 games, including one as a starter, Greenard showed flashes of dominance.

Heading into this season’s camp, Greenard has bulked up to 265 pounds to help him become a more versatile player to give the coaches some position flexibility.

Defensive line coach L.D. Scott singled out the play of Greenard and sophomore G.G. Robinson as two youngsters who have stood out this fall. While Greenard received a number of plays, Robinson is a little greener with limited repetitions a year ago.

“Jonathan and G.G. have showed me a lot so far,” Scott said. “I’m really excited about what they have showed me so far, but I’m going to keep pushing them to get better.”

With a need to develop depth on the defensive line, Robinson has a golden opportunity to step in and grab playing time at defensive tackle.

“I like competition,” Robinson said. “We are all competitors and want to get on the field. I like our defense. I like coach Sirmon. He brings a lot of energy to the meeting room and to the field.”

The Cardinals continue fall camp on Friday morning with another 9 a.m. practice, before conducting the first major scrimmage Saturday night.