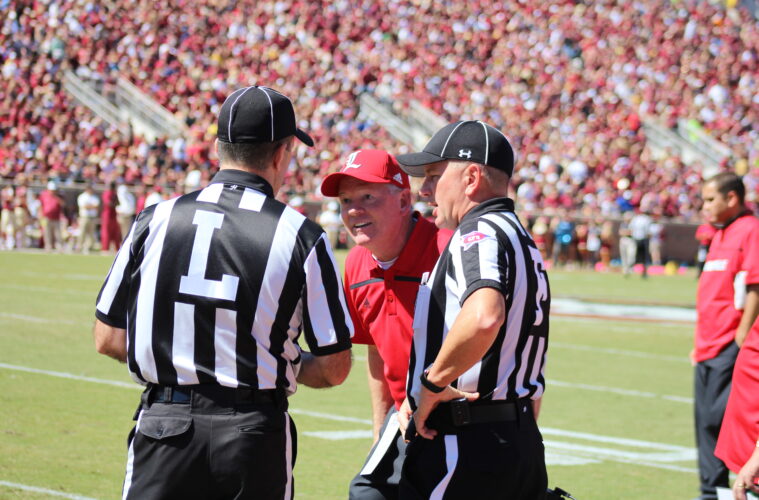 University of Louisville Head Football Coach Bobby Petrino this morning per a Yahoo! report from Pat Forde. The Cards are in the middle of a 2-8 season with NC State & Kentucky remaining on the schedule at Cardinal Stadium. Bobby Petrino is 77-35 at Louisville and 119-56 all time as a head coach. His .688 winning percentage ranks 3rd behind Charlie Strong (.712) and Lee Corso (.702). Petrino spent 9 seasons in two separate stints at Louisville.

Now much of the speculation will turn to former Louisville Quarterback and assistant coach, Jeff Brohm who is the head coach of the Purdue Boilermakers.

TheCrunchZone.com will update this story as more information becomes available.