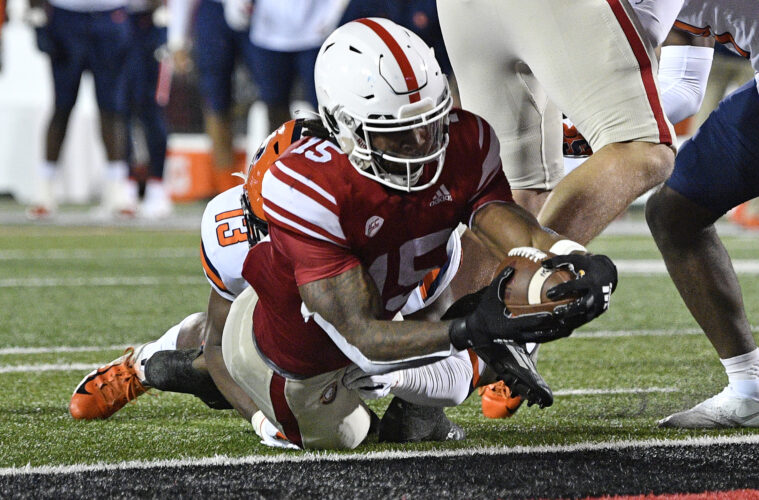 The PwC SMU Athletic Forum released today the preseason candidates for the 2021 Doak Walker Award, which is given to the nation’s top running back, and University of Louisville Jalen Mitchell earned a spot on the list.

As a redshirt freshman in 2020, Mitchell finished third on the team in rushing with 347 yards and a pair of touchdowns in 10 games. He averaged a team-high 6.7 yards per carry and also caught four passes for 33 yards coming out of the backfield.

The native of Rockledge, Fla., became of a big part of the offense late in the season, beginning with a seven carry, 76-yard performance versus Virginia, which included a run of 50 yards. He closed the season with a season best 20 rushes for 168 yards versus Wake Forest, which included a 70-yard run in the 45-21 win.

The PwC SMU Athletic Forum Board of Directors will name ten semifinalists in November, and three finalists, as voted on by the Doak Walker Award National Selection Committee, will be announced in November. The committee will cast a second vote in December to determine the recipient. The National Selection Committee consists of past recipients, former NFL All-Pro and college All-America running backs, media members and selected special representatives.

The recipient of the 2021 Doak Walker Award will be announced live on The Home Depot College Football Awards.

The award is named for SMU’s three-time All-America running back Doak Walker. It is the only major collegiate award that requires all candidates to be in good academic standing and on schedule to graduate within one year of other students of the same classification.