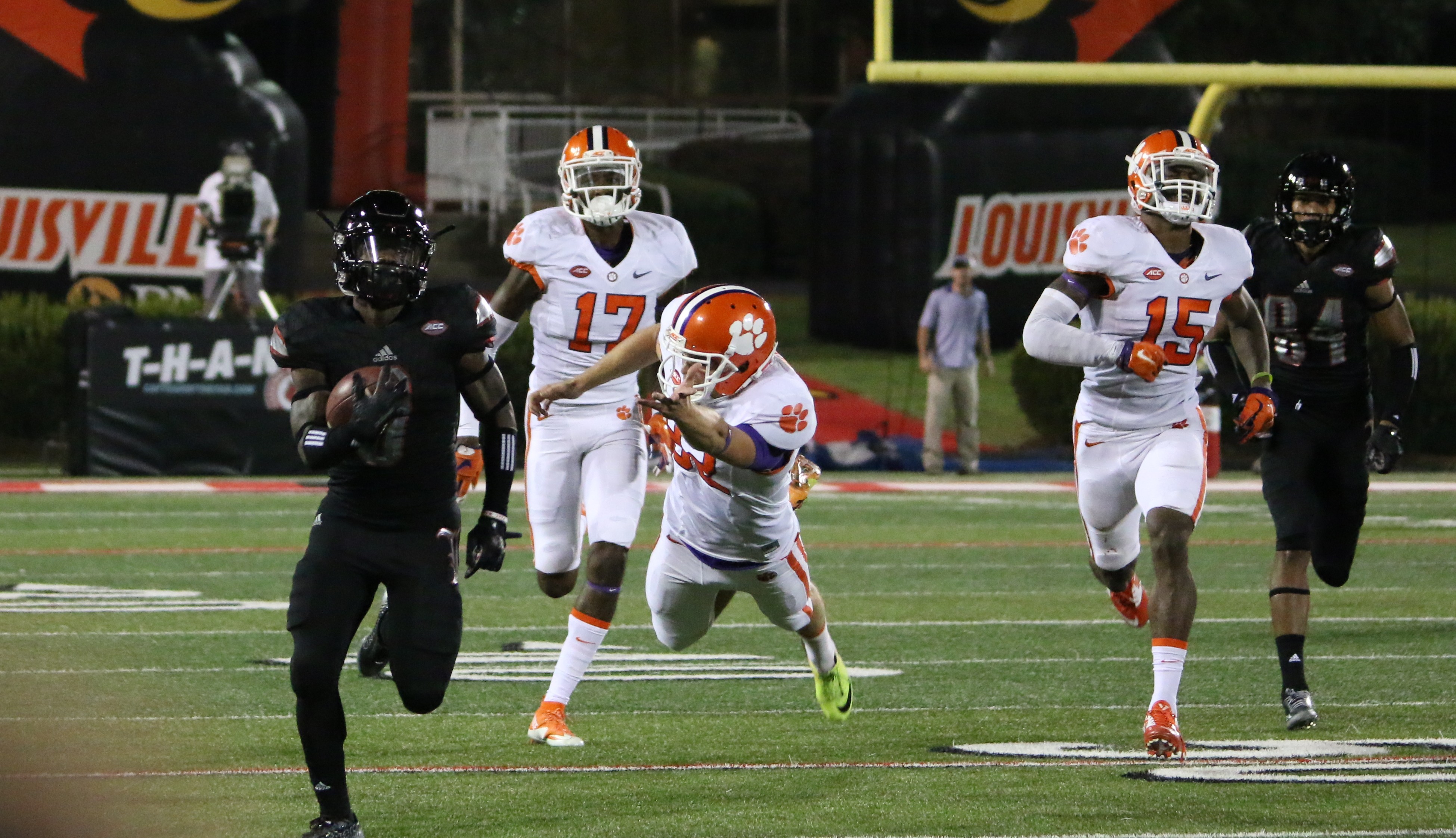 Louisville Vs. Clemson: #14 Game With Most Future NFL Players

NFL.com’s College Football 24/7 writer Chase Goodbread has been doing a “16 for ’16: Countdowns of college football’s best” seen HERE and in one of his most recent topics, examined games with the most future NFL players.  The October 1st matchup of Louisville and Clemson made the list at #14 overall, featuring 6 players in CFB 24/7’s Top 100. Here is the excerpt:

The Cardinals’ defense is looking loaded again. Maybe not quite like it was two years ago, when seven defensive starters were drafted, but close enough. DE Devonte Fields and a stout secondary will face a loaded Clemson offense (QB Deshaun Watson, RB Wayne Gallman and TE Jordan Leggette), which will also welcome back star WR Mike Williams from injury.

HERE is a link to the Top 100 ranking which includes 5 Clemson players and 1 Louisville player (Devonte Fields). I think that while there are “only” 6 players in the top 100 there are several other players, at least on Louisville, that have to be in consideration such as Keith Kelsey, DeAngelo Brown, Josh Harvey-Clemons, Jamari Staples, etc. Needless to say, I doubt there will be a shortage of NFL scouts when Louisville travels to Clemson for the October 1st showdown.