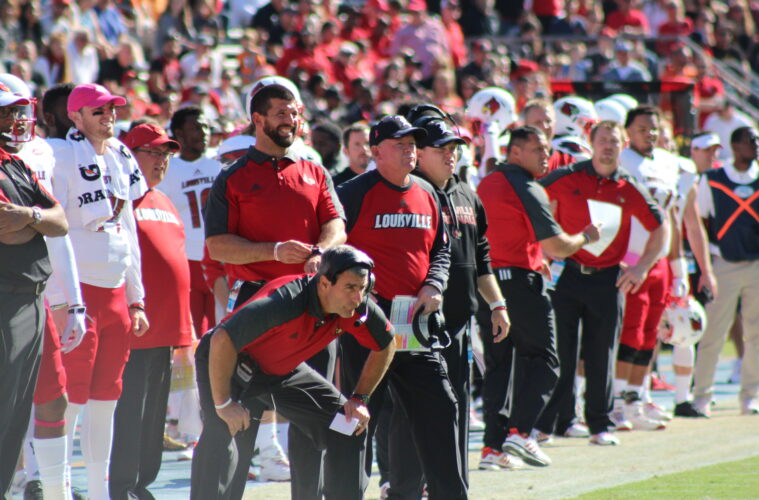 Bateman is rated a 3-star prospect by Scout, Rivals, and 247Sports while he is rated 4-star by ESPN. Toryque chose Louisville despite offers from schools such as Miami, Michigan, Mississippi St., Tennessee, Virginia Tech, Wisconsin, and UK.

This is our evaluation of Bateman from the offensive lineman recruiting class analysis found HERE.

Dave’s Evaluation: He’s an Alabama kid and those guys live for football.  He’s a straight dog in the running game and his tenacity is evident on film.  One thing he needs to work on is sliding more fluently in pass pro at the next level against quicker edge rushers that will look to neutralize his size advantage.  That being said, he shows great instincts and what he lacks in technique right now can be made up for in sheer size and power.  I really like this kid and if you see him in person don’t tell him I said he needs to work on technique because I have kids to raise.

Chris’ Evaluation: Bateman is big, athletic, and incredibly strong. That sounds awfully familiar. This is obviously what Bobby Petrino is looking for when trying to add another lineman to the class. For his height, Bateman seems to have room to add some additional weight but even at his current weight, could be a factor from day one. Bateman uses his hands well both in run blocking and pass protection, knocking a defender off of the ball with ease. When looking at the type of lineman Bateman could be in the future, his ability to move and his footwork really stand out and show just how high of a ceiling he has.