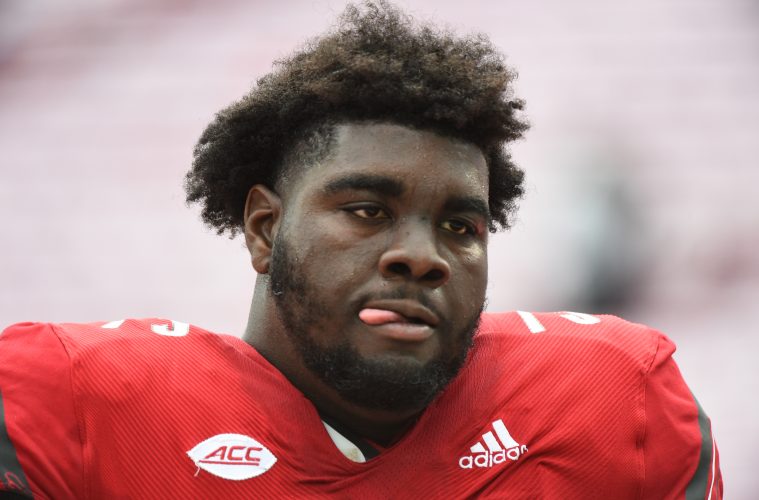 University of Louisville junior offensive lineman Mekhi Becton was of the 83 players named to the 2019 Outland Trophy Preseason Watch List on Tuesday.

The Outland Trophy presented by the National Foundation for Infectious Diseases (NFID) is given annually to the nation’s top interior lineman.

Becton was named a preseason second-team All-American honors by Sporting News and a fourth-team selection by Phil Steele. Becton is the second UofL player to be honored on a watch list this summer.

A 6-foot-7, 368-pounder, Becton started all 12 games for the Cardinals last season at left tackle, while starting 22 in his first two seasons. The native of Highland Springs,Va.,scored his first career touchdown when he plowed in from one yard in a win over Indiana State.

The 2019 Outland Trophy presented by the National Foundation for Infectious Diseases will be presented during ESPN’s The Home Depot College Football Awards on December 12 from the College Football Hall of Fame in Atlanta. The official presentation to the winner will be made at the NFID Outland Trophy Awards Dinner sponsored by Werner Enterprises in Omaha, Neb., on January 15, 2020.

The Outland Trophy, now in its 74th year, is the third-oldest major college football award. Created in 1946 when Dr.John Outland presented the FWAA with a financial contribution to initiate the award, the Outland Trophy has been given to the best interior lineman in college football ever since. Dr. Outland, an All-American at the University of Pennsylvania in the late 1890s, eventually took up practice in Kansas City, MO. An avid outdoorsman, Dr. Outland believed linemen did not get the credit they deserved and wanted an award to recognize them.

Louisville hosts Notre Dame for the first time in school history on Sept. 2 at 8 p.m. The game will be shown live on ESPN.