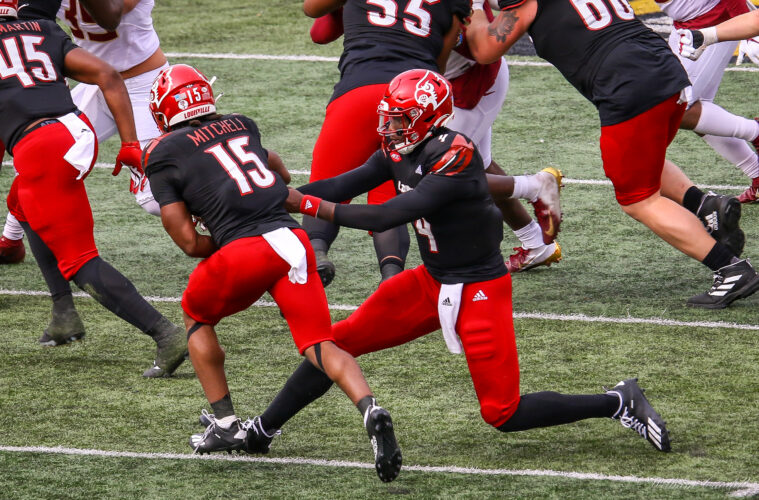 Louisville Football’s Keys to Winning in 2021

2020 was a year of statistical anomalies for UofL. The Cards outgained 9 of 11 opponents and finished the year 4-7. As many know turnovers played a huge role in the Cards’ outcomes, but field position also put UofL in unusually tough spots throughout the season. Let’s take a look at the trends:

On drives beginning in own territory, Louisville’s score margin was +80, which was 19th best in FBS. Every team +50 or > finished 2+ games over .500 EXCEPT Louisville & UCLA (3-4). Louisville was 4-7. Why? On drives starting midfield+ Louisville’s point differential was -48th, 15th-worst.

The 18 teams with better scoring differentials better than Louisville’s on drives starting in own territory had a combined win% of .813. Louisville was 4-7. Louisville just needs to not screw up field position so frequently.

1.) In 11 games, Louisville had just NINE drives start midfield+. Which is abysmal.

Having The Lead in the 4th Quarter

Louisville has ZERO 4th quarter comebacks under Scott Satterfield. 0-11 when trailing after 3. 12-1 when tied or leading after 3 quarters (only loss was at Georgia Tech in 2020).

Under Satterfield Louisville is 1-10 when scoring under 30.

Don’t Turn the Ball Over, Get Turnovers

Under Scott Satterfield Louisville is 2-11 with more turnovers than opponent, 10-1 with fewer or the same.

Louisville is 1-7 when forcing 0 turnovers under Scott Satterfield.