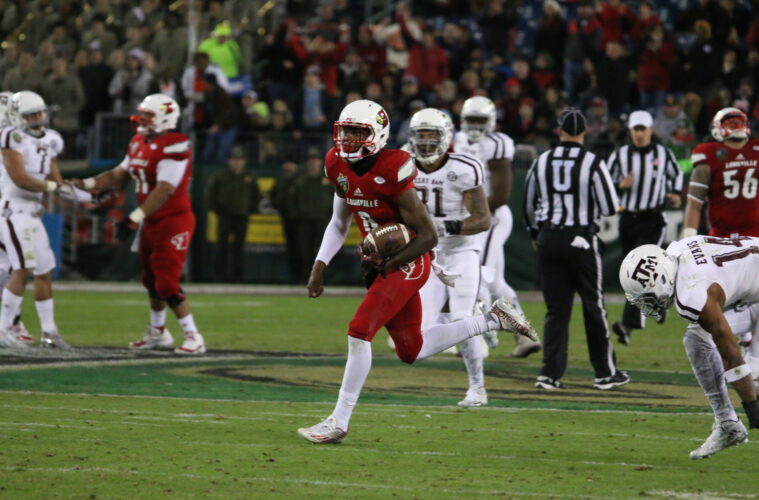 There has been a debate about the upcoming football schedule. Local Sports Talk Radio’s talking heads have anointed the 2016 Louisville football schedule the toughest ever. To use a phase from Lee Corso:  “Not so fast my friend.”

This upcoming football schedule is challenging and is much tougher than any of the past several seasons. The Cardinals will likely be ranked in the Associated Press and Coach’s Top 25 next season.

Louisville could play at least three teams in the rankings. Clemson could be the preseason No.1 followed by ranked teams Florida State and Houston. Duke could be ranked by the time the Cards play the Blue Devils.

“This is another challenging schedule overall,” said head coach Bobby Petrino. “We have six teams who played in bowl games last season and three teams that finished the year ranked in the Top 25.”

If anyone ever checked the Cardinals media guide they will find the results of the 1993 season. That schedule had the Cardinals playing as an independent. Included on the schedule were San Jose State, at Memphis State, Arizona State, Texas, at Pittsburgh, at West Virginia, Southern Mississippi, Navy, at Tennessee, at Texas A&M and at Tulsa.

Former Louisville assistant now Western Kentucky head coach Jeff Brohm quarterbacked that team to a 9-3 record and a win over Michigan State in the Liberty Bowl.

Of course the big one was the Fiesta Bowl win over Alabama that got everyone thinking “maybe Schnellenberger is on a collision course with the National Championship.”

Then Louisville joined C-USA in 1996 and Schnellenberger bolted for Oklahoma after the 1994 season. That marriage lasted all of one season.

So for those who think the upcoming season will be a tough one, it will be challenging. But not the toughest ever.

Tight end Gary Barnidge, outside linebacker Elvis Dumervil, center Eric Wood and quarterback Teddy Bridgewater were added to the rosters for Sunday’s all-star game at Aloha Stadium in Honolulu, Hawaii.
Its the most Cardinals since 2001 when Sam Madison, David Akers and Ted Washington played in the game.

-The Franklin American Mortgage Music City Bowl announced that the Cards and Texas A&M delivered a 3.3 US HH rating on ESPN and an average of 5.4 million viewers. This was the fourth highest rating ever achieved by the Bowl. It will the first time in the bowls 18 year history has averaged over 5 million viewers in back-to-back years. It was the fifth most viewed game in the country this Bowl season.
The Cards (8-5) won the game over the Aggies 27-21 as freshman quarterback Lamar Jackson ran for two touchdowns and threw for two others. Jackson accounted 453 yards of offense and was selected the games “Most Valuable Player”.

McKay was projected as the national player of the year by the publication.
Louisville led all schools with its four first team selections. All four received All-American accolades last season.