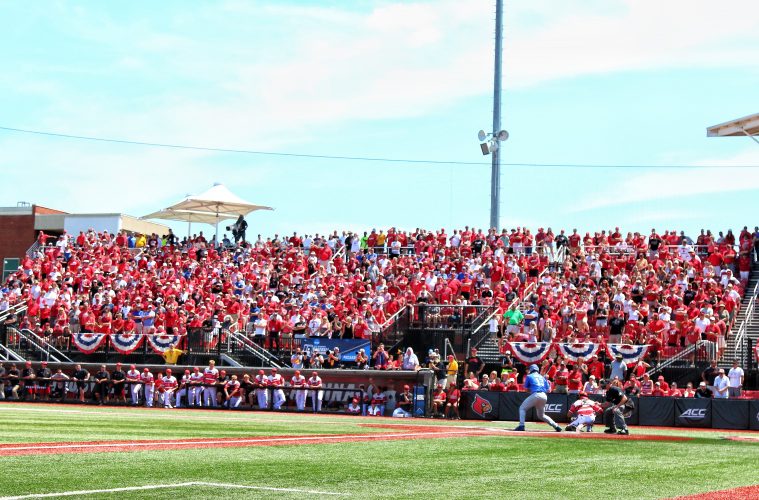 Louisville will host Southeast Missouri State on Friday at 2 p.m. ET, with Oregon and Michigan scheduled to play at 7 p.m.

All session tickets for the 2022 NCAA Regional in Louisville are currently available and can be purchased online here. Tickets will also be available for purchase by phone (502-852-5151) or in person through the Louisville Cardinals Ticket Office on the third floor of the Student Activities Center Tuesday-Friday during business hours of 9 a.m.-4 p.m. All-session tickets for the four-team, double-elimination regional are $75 for reserved chairback seats and $60 for general admission berm seating.

All tickets for the NCAA Louisville Regional will be mobile and fans are encouraged to download tickets to their mobile device before arriving at the stadium to expedite the entry process. Single session tickets, including reserved chairback and general admission berm seating, will go on sale Thursday, June 2 at 10 a.m. ET online at GoCards.com or at the Ticket Office. Tickets will also be available at Jim Patterson Stadium starting on Friday, June 3 one hour prior to the first game.

Since opening the gates at Jim Patterson Stadium in 2005, the Cardinals have won nearly 78 percent of their games in the ballpark posting a 462-131 record (.779 winning percentage), including an impressive 29-6 mark this season at the corner of Third and Central.

The Cardinals are 91-24 on their home field over the last four seasons, winning the 2019 NCAA Regional and Super Regional rounds at home to secure their fifth NCAA College World Series berth. Louisville set a school record for home wins with 36 in 2016 and the Cardinals have registered 30 or more wins at home in five of the last seven full seasons.

Louisville will enter the 2022 NCAA Championship with a 38-18-1 overall record after clinching its fifth ACC Atlantic Division title in seven seasons.