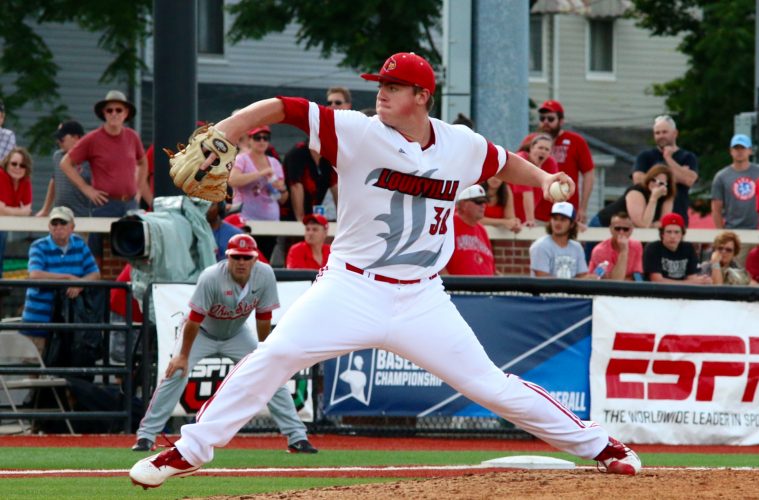 Selected as an All-ACC First Team honoree as both a starting pitcher and utility player, McKay has a 12-3 record on the mound with a 2.12 ERA and 119 strikeouts in 16 starts and 101.2 innings pitched. A native of Darlington, Pennsylvania, McKay has a .336 batting average with five home runs, 40 RBI and 19 doubles in 59 starts as a hitter. On Sunday, he was named as the Most Outstanding Player of the NCAA Louisville Regional after hitting .455 with a home run and three RBI in three games at the plate while finishing with 10 strikeouts in a victorious outing on the mound.

An All-ACC First Team outfielder, Ray is hitting .319 overall with 15 home runs, 60 RBI and 44 stolen bases while starting all 62 games this season. Ray, a Chicago native who ranks second in the nation in stolen bases and is among the top 35 in home runs, also has 16 doubles, 55 runs scored and 35 walks as the everyday leadoff hitter for the ACC Atlantic Division champion Cardinals.

A native of Woodridge, Illinois, Solak enters week two of the NCAA Championship with a .380 batting average, five home runs, 14 doubles, 29 RBI and 49 runs scored in 45 games played, including 43 starts. Solak, who has 27 walks and just 19 strikeouts this season, has hit in either the No. 3 or No. 4 position in the Cardinals lineup for each of his 40 starts. On Sunday, he was named to the Louisville Regional All-Tournament Team after hitting .417 with a home run and three RBI in three wins.

The No.2 national seeded Cardinals (50-12) open the 2016 NCAA Louisville Super Regional against UC Santa Barbara on Saturday at noon ET at Jim Patterson Stadium and the game will be televised on ESPN2.