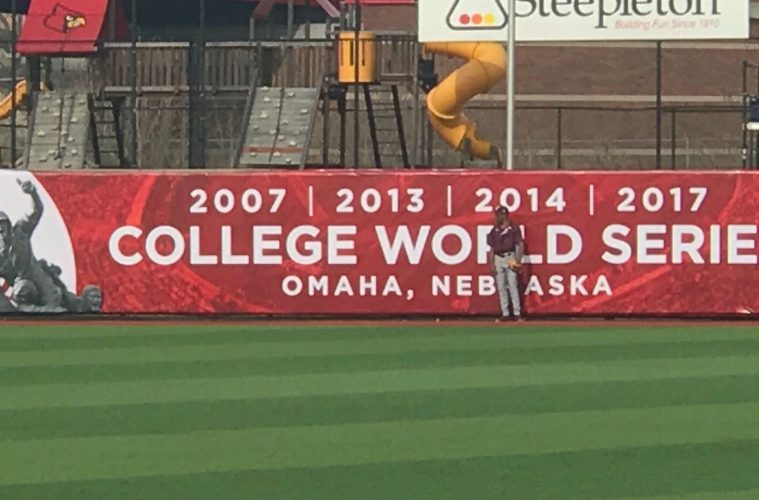 Aside from a brisk wind, sunny and 78º couldn’t have made for much more perfect conditions for the 2018 home opener at Jim Patterson stadium. 2,535 fans made their way down to 3rd and Central to watch the Cards take on the Eastern Kentucky Colonels, over 300 more than last year’s season opener, even with the offseason change to ticketed entry for the program. The 4-2 victory marked the 7th straight time that Louisville had won their home opener.

EKU struck first, as they hit the ground running with a 2 RBI line drive triple that dropped into the right field corner. Starting pitcher junior Bryan Hoeing was able to limit the damage to just those two runs, as opposed to the six runs the Cards had given up in the first inning in their prior game against George Mason.

Like the George Mason game, the Cardinal Nine were able to rebound swiftly after finding themselves in an early hole. A quick double by sophomore outfielder Ethan Stringer followed by Drew Campbell sending him home off a single would put Louisville on the board, then three straight walks given up by EKU would load the bases. Sophomore infielder Jake Snider would show off his plate discipline with a bases loaded walk, then a Devin Mann single up the middle would make it 4-2 by the end of the second inning.

With a final stat line of 5.0 IP, 3H, 2R (0 ER), 4BB and 2K, outside of the first inning hiccups Bryan Hoeing had a solid outing, though was replaced by lefty reliever Shay Smiddy in the start of the 6th after he quickly racked up 82 total pitches. In just over two innings of work, Smiddy was able to keep the Colonels off the board up until he was replaced in the 8th inning by fellow lefty reliever Adam Elliott. Elliott was able to keep EKU at bay in the 8th, then All-American Sam Bordner would make his way to the mound in the 9th and close the door on the Colonels with 3 strikeouts.

The Cards begin a three game series against Youngstown State this Friday at 3pm here at Jim Patterson Stadium.