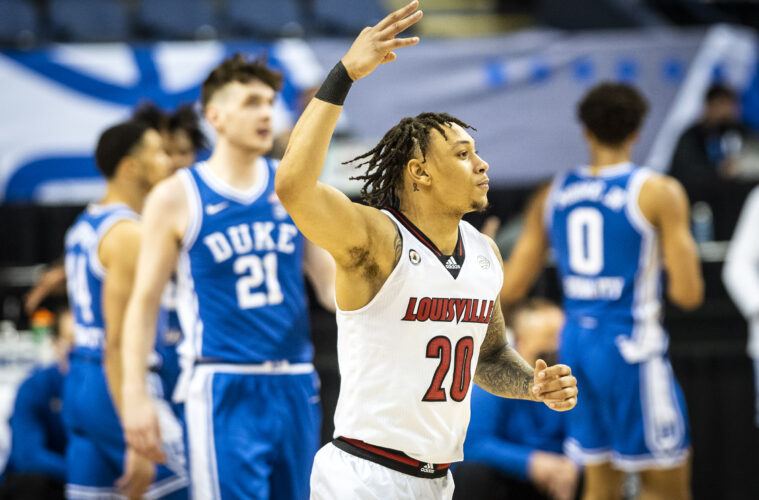 University of Louisville guard Josh Nickelberry has placed his name in the NCAA transfer portal and will seek another school to continue his athletic and academic pursuits.

“I want to thank Josh for his contributions to our program these past two years,” said UofL Head Men’s Basketball Coach Chris Mack. “He has been a terrific representative of our program and unfortunately has had some hard luck with injuries during his time. I understand and support his decision to get a fresh start in college basketball and wish him all the best moving forward.”

“Thank you to Coach Mack, my teammates and all of Card Nation of these past two years,” said Nickelberry.  Louisville will always have a special place in my heart and I look forward to seeing what the future holds for me.”

A 6-4 sophomore from Fayetteville, N.C., Nickelberry missed nine games this season due to injury or illness, including four late season games.  He made a three-pointer in seven of his nine games off the bench, averaging 2.8 points per game.  He saw his first action of the season at Pitt on Dec. 22 after missing the first five games while recovering from arthroscopic knee surgery.

A marketing major, Nickelberry played an average of 3.7 minutes of action as a freshman while playing in 15 of the Cardinals’ 31 games.  He sprained his ankle in practice in early February and missed seven games before a return on March 1.  He made all six of his free throw attempts as a freshman.

Before joining the Cardinals, Nickelberry averaged 26.9 points, 4.9 rebounds and 2.6 assists per game as a senior in 2018-19 in leading Northwood Temple Academy to a 20-14 record and a runner-up position in the 2019 1A NCISAA North Carolina state championship.  He scored 19 in the title game as his team was the first in program history to reach the state championship game.  He finished his high school career with 2,904 points, making him the second-leading all-time scorer in the history of North Carolina high school basketball.