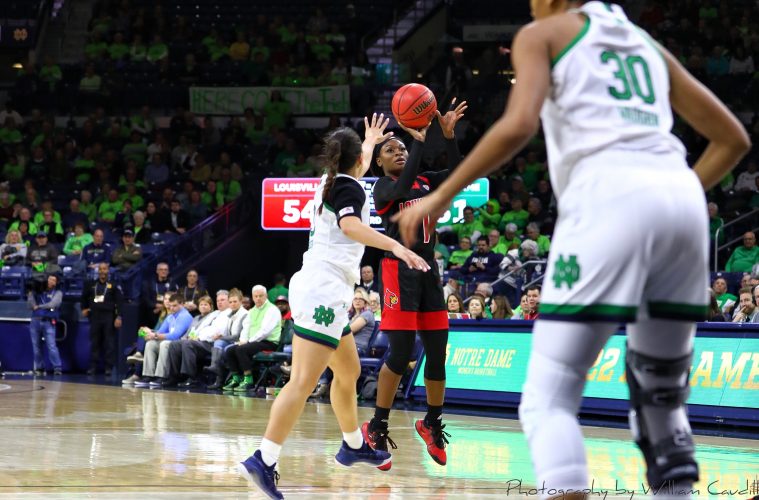 We’re midway through October and the weather is cooling down. This can only mean one thing, basketball is sneaking up on us and it’s almost time to see Dana Evans prove why she’s a pre-season All-American.

Today, Louisville Women’s Basketball announced their five-game non-conference schedule which comes with a familiar foe this year when the Cards face off against UConn on December 4th at the Mohegan Sun Arena.

The Cards will host Eastern Kentucky and Bellarmine at the KFC Yum! Center and travel to Middle Tennessee as well as Cincinnati.
Coach Jeff Walz stated that he was excited to announce this years non-conference schedule. He added that they are thrilled to continue the rivalry with UConn and to get the opportunity to play the likes of Eastern Kentucky, Bellarmine, Cincinnati, and Middle Tennessee.

We can expect to see a strong showing from Jeff Walz and this Cardinal team. They’ll open the season on Wednesday, November 25th at Middle Tennesse before traveling to Cincinnati on November 28th.
Louisville will host Eastern Kentucky on Sunday, November 29th before they head north to UConn on December 4th. In their first year as a Division I program, Bellarmine will come to the KFC Yum! Center on Sunday, December 6th.

We can expect to hear announcements on the conference schedule some time over the next few weeks. For more information, visit www.gocards.com