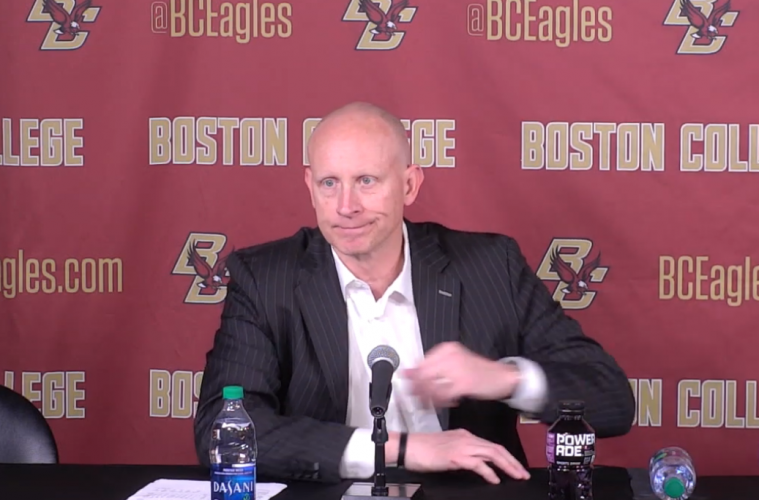 University of Louisville senior forward/center Malik Williams, team co-captain and the most experienced returnee for the Cardinals, will miss at least 12 weeks due to an injury to his right foot.

Williams developed a new fracture in the fifth metatarsal of his right foot and will undergo surgery to repair the break next week.  Dr. Andrew Harston will perform the procedure next week at the Norton Orthopedic Institute in Louisville, with a recovery time expected to be 12 weeks.

“I feel for Malik,” said UofL Head Men’s Basketball Coach Chris Mack.  “He’s everything a coach could ask for in a person, player and captain, so my heart aches for him. Our team will miss his presence on the court during his time away. I feel for our fans as well who love watching and supporting Malik’s play. I have no doubt he will have a successful surgery and do his best to return to the Cardinals. We will support him on and off the floor throughout his absence.”

Williams, who was elected as a team captain by his teammates for the second straight year, has amassed 604 career points and 444 rebounds.  He scored nine or more points in 15 of his last 22 games as a junior in 2019-20.  He pulled down five or more rebounds in 16 of his last 22 games, including a season-high matching 13 rebounds with 14 points against Syracuse on Feb. 19 for his fifth career double-double.

It is the second consecutive year that Williams will start the season on the sidelines.  He suffered a broken bone in his right foot in practice on Sept. 20, 2019, had a screw inserted into the fifth metatarsal in his right foot on Sept. 23, and returned after eight weeks, missing the Cardinals first four games of the 2019-20 season.

Louisville opens its 2020-21 season on Nov. 25 against Southern Illinois in the KFC Yum! Center in its first game of the Wade Houston Tipoff Classic.