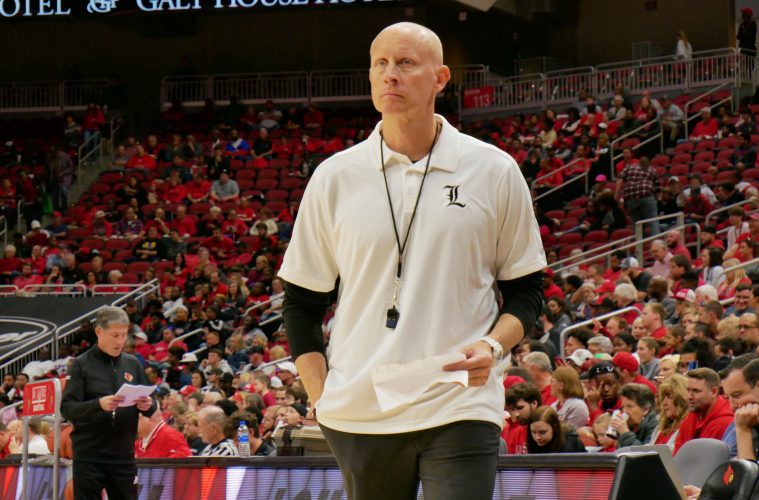 Louisville basketball trending towards fifth commitment in class of 2021

The recruiting cycle for the class of 2021 has been unlike any in college basketball history due to the pandemic and subsequent shutdown of in-person recruiting. For Chris Mack and the Louisville basketball staff they’ve felt the same pressures as other programs when it comes to pushing the needle forward in recruiting, but have done so with far more question marks hovering over their heads.

Whether it be the ongoing case with the NCAA that has still yet to result in punishment or the cloud of questions from the 2020 recruiting cycle where Mack and the Cards missed on nearly every single target, there was pressure on Louisville to get this class right from the start. No excuses.

With five available scholarships to recruit with, Mack looked to add athleticism, speed, size, and most importantly toughness at the guard position, on the wing, and down low.

Commitments from four-star guards Bobby Pettiford and El Ellis (the top JUCO player in the class) gives Louisville an incredibly talented (and athletic) backcourt for the future. While four-star wing Michael James and three-star combo forward Eric Van Der Heijden will bring high-level athleticism, shooting, and a ton of versatility to the floor complimenting the backcourt perfectly.

Now with just one scholarship left (for now) all eyes are on the glaring need the Cards have down low. Knowing the graduation of Malik Williams was just one season away, Mack set his eyes on four-star Virginia native’s Efton Reid and Roosevelt “Big Rose” Wheeler early in the process.

The barrage of virtual zoom meetings, text messages, and phone calls put Louisville in a good spot with both players, but as time went on the attention seemingly shifted to Wheeler.

Rated as the 60th best player in the class of 2021 by 247 Sports, Wheeler recently released his final five schools, a list that included NC State, VCU, LSU, Hampton, and of course, Louisville.

Just a few days removed from that release, it appears that Louisville is gaining steam and could be nearing a commitment.

Multiple crystal ball predictions coming in from highly credible recruiting experts like Jerry Meyer, Brian Snow, and Eric Bossi is usually a good sign of an incoming commitment. And if that’s the case, Louisville’s class is about to pick up a big addition.

For those not familiar with the big man, think Steven Enoch meets Malik Williams. At 6’10, 220-230 pounds, Wheeler looks a lot like the former UConn transfer did when he first arrived to college basketball. Already looking like a chiseled statue, Wheeler has a lean and long frame that shows room for even more muscle growth.

When watching his highlights, you see a naturally physical gifted athlete who is already an elite defender and rebounder with a blossoming offensive game. Scoring mostly around the basket via dunks & layups, Wheeler already can take over games in part to his size as well as his ability control the paint.

While he may not be as offensively gifted as Enoch (at least at this point), he also brings to Louisville a level of physicality and grit that we’ve become accustomed to seeing from Williams over the last few years.

Much like Louisville’s starting center, Wheeler doesn’t mind turning defense into offense as a rim protector and rebounder rather than focusing on his offensive game. He does has back-to-the basket potential, much like we’ve seen Williams grow into over the last four years, but where he is going to make his impact felt is controlling the glass & rim running.

As a junior at John Marshall High School, Wheeler was honored as a First Team All-Virginia center following a breakout season where he averaged nearly 16 points, 12 rebounds, and four blocks per game. With a growing offensive game, elite level shot blocking ability, and athleticism that should allow him to thrive in an open floor system, Wheeler would give Mack another versatile big.

With only Aidan Igiehon and newcomer Gabe Wiznitzer set to return for the 2020-21 season, adding someone with the ability of Wheeler was imperative for Mack. From day one of the recruiting cycle the center position was arguably the biggest need for Louisville, and to land a consensus four-star big whose widely regarded to be a multi-year starter.

With 100% of 247 Sports Crystal Ball projections logged in Louisville’s favor, we may not be too far off from seeing the patented “Uh oh, L’s up” tweet from Chris Mack.