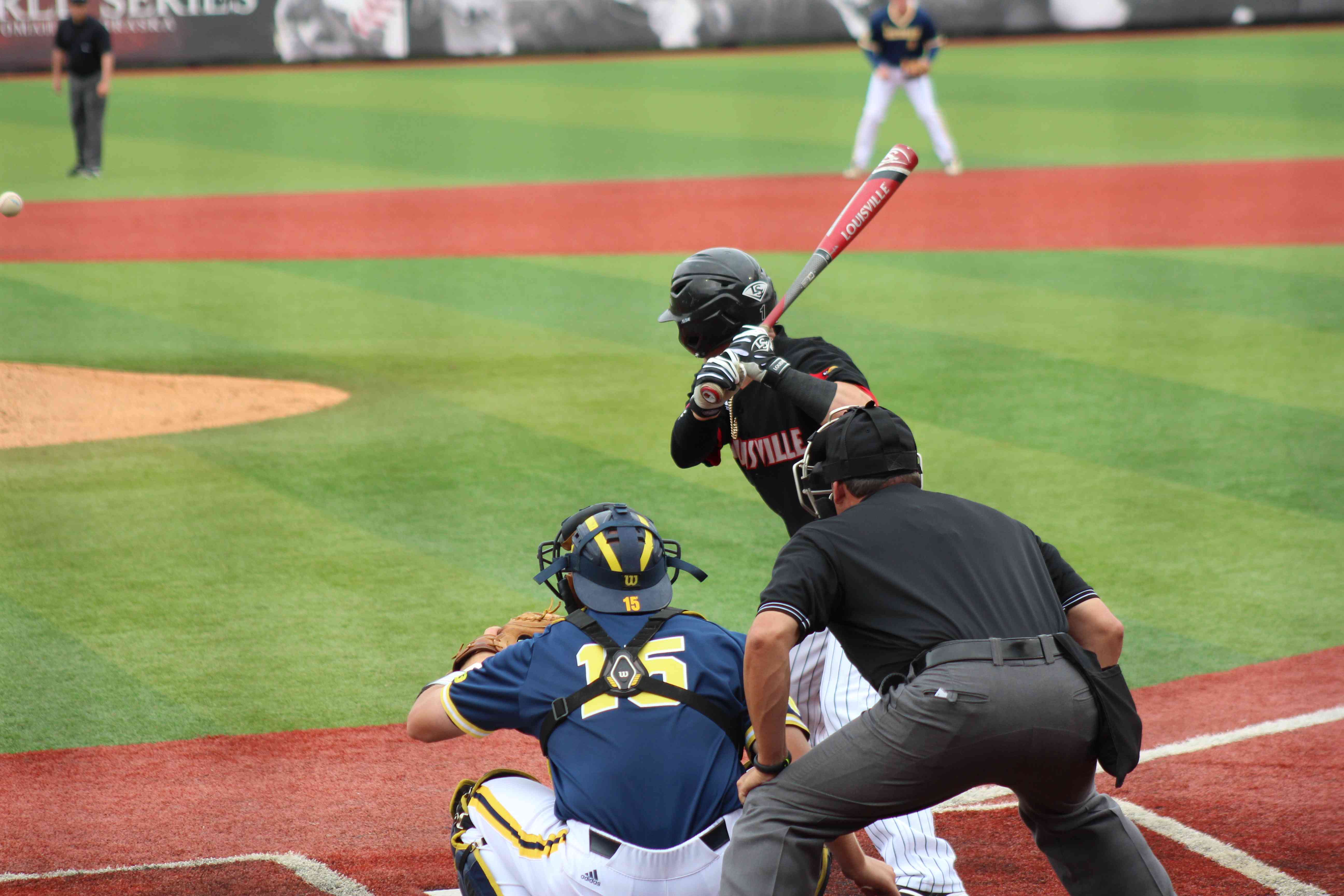 Junior second baseman Nick Solak had three hits with two RBI and freshman righthander Sam Bordner struck out five in three dominant innings to lead the No. 4 Louisville baseball team to an 11-1 win against visiting Xavier on Tuesday afternoon at Jim Patterson Stadium.

Solak registered his eighth multiple-hit game of the season finishing 3-for-4 overall with a double and scored twice to go with his two runs driven in. The Woodridge, Illinois native, who has reached base in 28 straight games dating back to last season, is hitting a team-high .456 with a .579 on-base percentage, 14 RBI and 25 runs scored for the Cardinals (14-2), who have won nine straight games.

Junior outfielder Corey Ray was 2-for-5 with a double and two RBI and sophomore catcher Colby Fitch was 2-for-3 with a walk and a run scored for Louisville, which finished with an 11-4 edge in hits against the Musketeers (3-12). Sophomore shortstop Devin Hairston chipped in with a double, two RBI and scored three runs as the Cardinals reached double figures in runs for the seventh time this season.

On the mound, Bordner did not allow a hit and issued just one walk while pitching three innings for the second time this season. The strikeout total was a career-high for Bordner, who was credited with his first collegiate victory to move to 1-0 on the season. He followed junior righthanded starter Shane Hummel, who allowed one run on four hits in four innings and finished with a no-decision in his first start at Louisville. Junior lefty Dylan Shoffner added two strikeouts in 1.1 innings of perfect relief and sophomore righty Sean Leland recorded the final two outs of the game.

The visiting Musketeers scored the first run of the afternoon on a RBI double to right field by Joe Gellenbeck to plate Will Larue for the 1-0 lead in the first inning. It marked just the third time in 16 games this season Louisville has allowed a run in the first inning.

The Cardinals broke through for their first run of the day in the third inning on a RBI single to right from Ray to plate Hairston, who doubled off the wall in left center to open the frame. An inning later, Louisville gained control of the game with a five-run fourth inning.

The scoring in the pivotal fifth inning started when Hairston was hit by a pitch from Xavier starter Taylor Williams with the bases loaded sending Solak home for the 2-1 lead. After Williams was replaced on the mound by reliever Damien Richard, freshman Devin Mann earned his first collegiate RBI with a run-scoring single to center to plate senior first baseman Danny Rosenbaum. After a wild pitch sent Fitch home and a passed ball scored Hairston, Ray followed with a RBI double to left to drive in Mann for the final run of the inning.

Louisville added to its lead with four runs in the seventh inning, which started with a RBI single to right field by Solak. Later in the inning, Hairston walked with the bases loaded to plate Solak before sophomore third baseman Blake Tiberi scored on a wild pitch. Redshirt freshman Drew Ellis added a RBI single to left to score Hairston for the 10-1 lead. The final run of the day came an inning later in the eighth when Solak doubled down the right field line to plate redshirt freshman Austin Clemons.

No. 4 Louisville will conclude its 10-game homestand Wednesday at noon ET against Wright State on Elementary School Day at Jim Patterson Stadium.