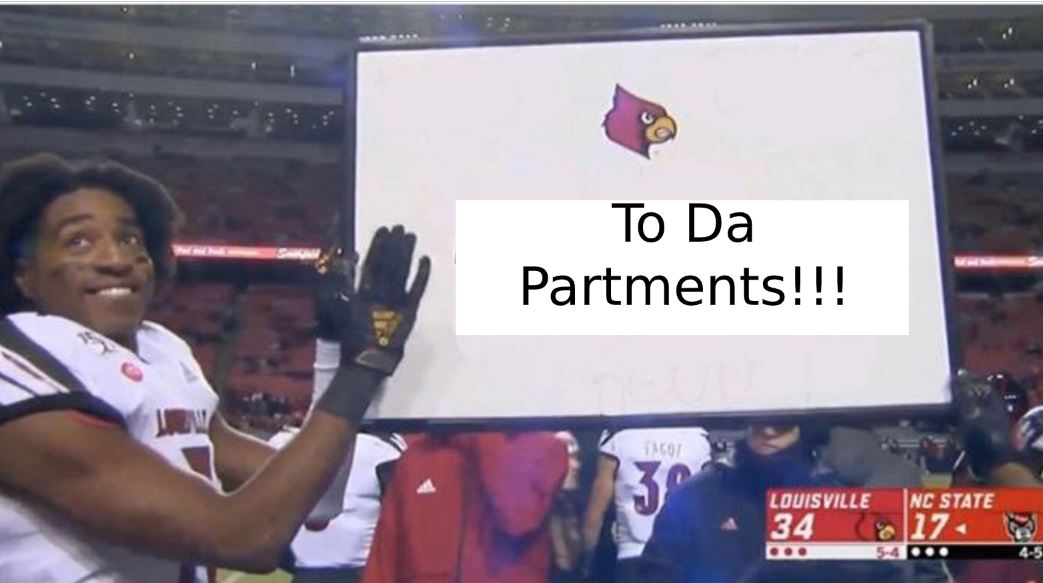 What’s understood doesn’t have to be said, or in this case, typed.

Scott Satterfield is the coach of the year in the ACC, maybe even in the nation. I don’t need to tell you why – you have eyes.

Louisville is four games better than they were last year, and this number has the potential to be as high as seven games if they can win out and get a bowl win. I didn’t need to tell you that – you have eyes.

My favorite Louisville teams of all time are the 2004, 2006, and 2012 Louisville Cardinals. I loved their offense, defense, charisma, and swag. They were a well-oiled machine. None of those teams compare to the 2019 Cardinals. Not one.

Everyone loves the underdog. Louisville this year has been a shining example of one. This has been one of the best seasons to attend, and the fact we get to see the team celebrate on a cold rainy night in Raleigh is more than any of us could imagine. I said 5-7 would be the overall record. I am so glad to eat this crow.

While we still have a few weeks before we find out what bowl we are going to, let me just say no to the Sun Bowl. I will go a little further and say the ACC’s affiliation with the Sun Bowl needs to die a horrible, agonizing death. It’s the second oldest bowl game along with the Orange Bowl and Rose Bowl, but no one is in a hurry to go to El Paso, Texas.

I also am trying to figure out why that is one of the bowl affiliates for a conference who’s members are primarily on the, oh I don’t know, Atlantic Coast. Imagine Syracuse trying to sell tickets and asking for fans to travel from upstate New York to Texas. Some Louisville fans won’t even drive 15 minutes to Cardinal stadium on a cold day let alone board a plane to go to El Paso a few days after Christmas. I really hope another bowl is created and hosted in Indianapolis in the dome. The Colts have proven they don’t take playing there seriously.

The courtroom will now be open for statements and questioning:

NOT ONE DIME. NOT ONE CENT. NOT EVEN A SPEEDY REWARDS CARD. NOT EVEN CHICK-FIL-A REWARDS. Why am I yelling???

Honestly, what else needs to be asked or said today??

Person(s) or things that must get hit over the head with a helmet: