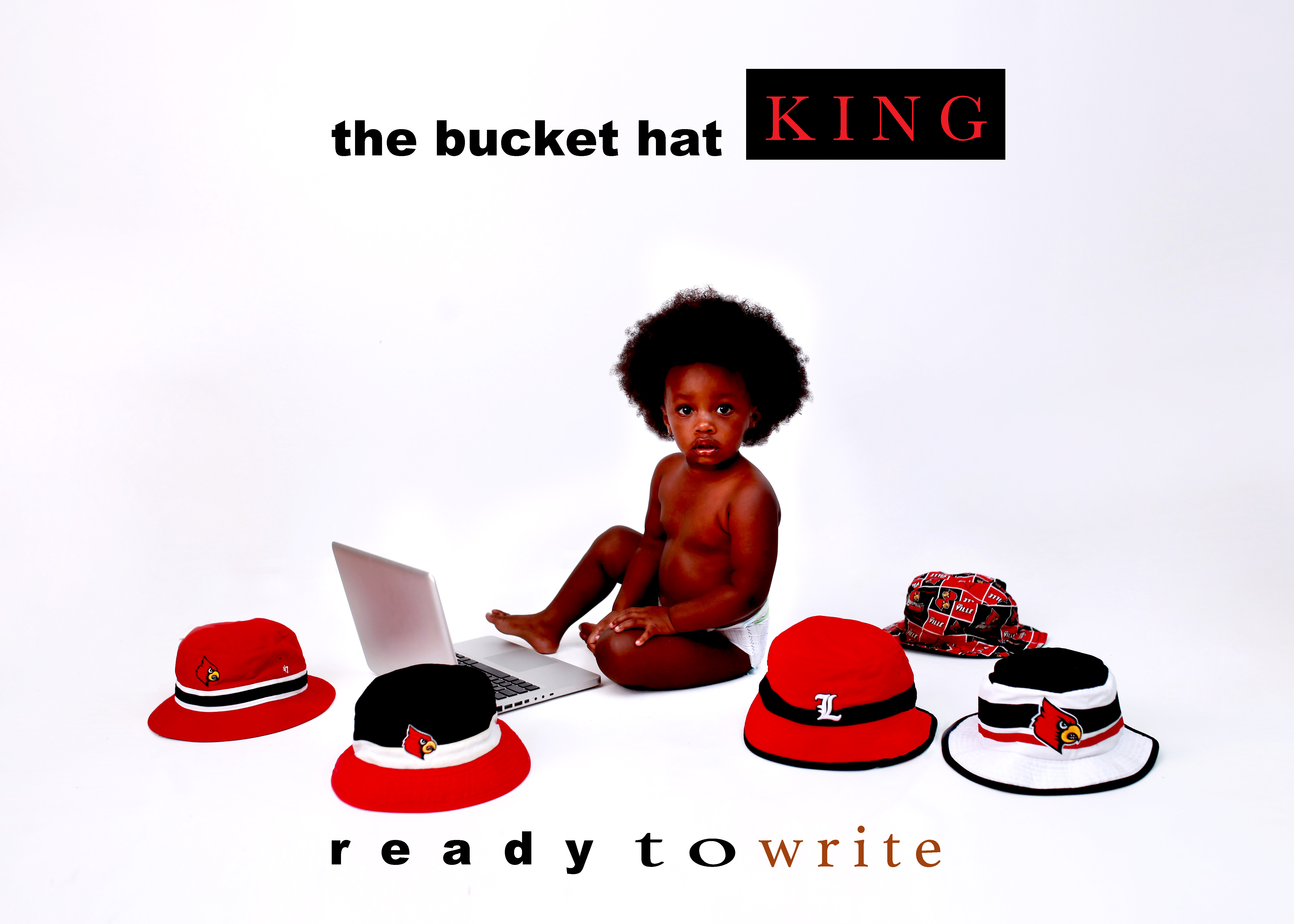 Besides having water in my ear and being physically exhausted from trudging through  a monsoon last night, the BHK is here to deliver this week’s recap brought to you by PONCHO.

Before we begin, let me just say that I pride myself on being a glass half full type of guy. I try not to be overly negative or critical of things until I have had the chance to experience it for myself. However, I gotta state the obvious….something is wrong with Louisville football.  You see it, you sense it, you feel it.  This team is disjointed somehow and I don’t know how or why it happened.

Let’s get to what is sure to be one of the shortest BucketHatism’s ever. Thanks to Mother Nature being a jerk for the majority of Saturday, I had to vacate a game in the first quarter for the first time ever. Now I know how most of the people on the party deck feel.

To the notes. That is if they have dried out by now:

Any outbursts and you will be removed from the courtroom by tropical storm Gordon.  Sure, it is okay to rain, but to wash out an newly expanded stadium opener and crush tailgate dreams for the Cardinal faithful is as ruthless as they come.  Although I don’t like how things are done when Gordon is in the city, I know that he gets things done and can ruin days at a moments notice. I need that. We need that.

no just dont want it to go viral misspelled lmao you on strike 2 lol https://t.co/LZ5LfajiiS

Folks stop suggesting Brohm should replace Petrino.  Purdue is 0-2 after losing to Eastern Michigan and Coach Fitzpatrick looks like he has broken a jaw or two in his time. I don’t want to find out and neither should you.

At this time I will open the courtroom for questioning.

Eric Turner (@ericturner45) : “We’ve seen Petrino have short leashes with new QBs, even Lamar. As much as I love Cunningham, I think Pass deserves another shot. What say you?”

Pass is our starter until Petrino decides he has seen enough. I am not gonna fault a guy for struggling in typhoon like conditions.  Malik Cunningham didn’t have to deal with the elements while in the game and he did a chunk of his damage on the ground rather through the air.  Pass will be our starter against WKU, no doubt in my mind about it.  Now, that being said, Petrino also didn’t totally rule it out and it doesn’t help that Cunningham lead Louisville to 24 unanswered points. If Louisville can pull it together and blowout WKU I think you see both on Saturday.  If Pass continues to struggle you will see Cunningham as QB1 at some point this season.

@SleepyCardfan: Did anyone go swimming in the green lot ditch?

Not willingly. I parked off 3rd street so upon my walk back to my car I stopped on Denny Crum overpass to gawk at the green lot or should I say the green pool. Some cars had water up to the doors. Some people were in knee deep water.  Saturday’s weather sucked. I didn’t see anyone in the ditch but I did see guys sliding in the endzone.

I got with this, cause this was where it’s at.

@Thetruefenyt: Will we ever learn to use our arms when tackling?

@andrewskaggs18: What was in the water we waded through last night?

@JTWard831:  Did anyone experience shrinkage on Saturday night?

I hold you in contempt of court for pointing this out.  It was a cold and raining,…… of course some of us men lost a few inches temporarily.  Damn you for making me answer this.

Jason Sanders: What is that Hilltopper’s mascot thing?

Big Red is a eunuch who through a genetic experiment turned red permanently similar to the Beast in X-Men. He means well but people treat him like a freak.  My only beef with him is that he never picks up the tab and is a mouth breather.  Cut him some slack.

All of you who braved the conditions on Saturday to enjoy Cardinal football. I read tweets about people staying till the end. Some people had their four and five year old kids out there.  I tried but couldn’t stay past the 3rd weather delay.  Also, shots for Malik Cunningham, Jeremy Smith, and Mekhi Becton who proved that no matter your size, you can still inflict pain on a touchdown. More shots for Momma and Papa Scull, parents of fellow TCZ member Dave Scull. Thanks for allowing me to crash in the Caboose on the West side of the stadium while the rain poured down. Also, Papa Scull proved that no matter what happens, nothing stops him from enjoying a rib dinner and football.  Some guys have all the fun.

Any dumba** who didn’t prepare for the rain on Saturday.   What happened to planning?  I saw people with hoody’s on. I saw people with starter jackets on……..starter jackets.  I saw one guy wearing a 13 gallon trash bag when he needed an entire tarp.  I saw people ditching shoes to walk in their socks.  I saw a guy wearing a bubble coat. Is there a poncho shortage in America?   You don’t have $3 to buy a poncho at Dollar General?  It’s comical at times.  Although I did have fun chasing people wearing yellow raincoats around yelling “take it Georgie, take it” (you gotta be a fan of IT to understand).  Come on people, we have been involved in too many infamous rain games to not be prepared for this.  In the smart phone era, you have no excuse.  Now enjoy your warm beer and get out of my courtroom…..you’re dripping water on my carpet.

Welp, we have 10 games left and I still have no idea what we have as a team. I am not sure whether to brush off things or be concerned.  For now I am extremely worried about our team and will need to see more before passing judgement.  Hopefully we can put it together for WKU this weekend.

Speaking of which, the planned TCZ-Red Rage tailgate that was canceled due to last week’s weather is back on.   We are also teaming up with the guys from Collision Course Crew and hoping to throw a ultimate fan friendly tailgate.  Details are to come.  Since Red Rage throws an awesome tailgate and allows fans to eat and drink on their dime, feel free to donate to them if you’re feeling generous.  Just ask for Dave or any member of the RRTG crew if you are in the mood to drop a few dollars.  Times and location for the tailgate will be announced later this week.

WKU is coming town and there is huge alumni fanbase here in Louisville.  Should be fun times and at first peek, the weather looks great.  Let’s do t again this weekend folks…..minus the hurricane.

Be cool in the hot city.