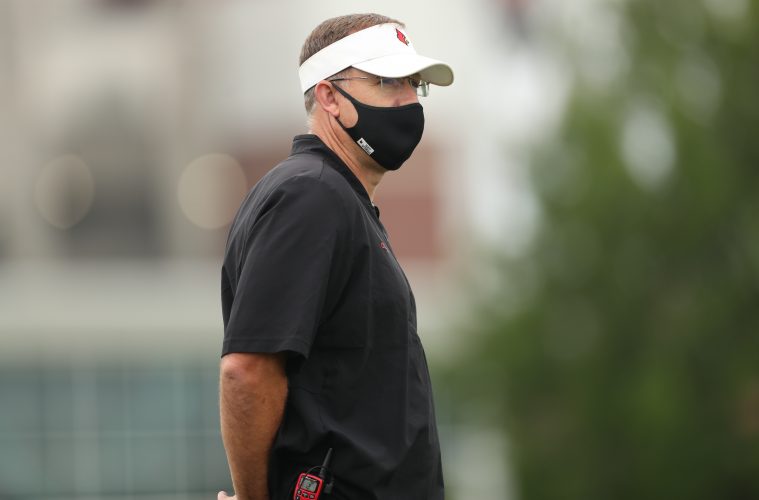 Louisville football head coach Scott Satterfield addressed the media on Monday as the Cardinals rolled into week two of fall camp despite the hazy future of the college football season.

At midnight Lawrence dropped the other shoe with a consolidated list of corollaries to the We Want To Play sentiment. This to was echoed by college players around the country, including Louisville’s Dez Fitzpatrick. As rumors that the Big Ten and Pac-12 were set to cancel their seasons began to swirl the call to include players in the overall conversation began to grow.

It’s clear that, in general, the Louisville players feel safer within their own program-specific bubbles and put great trust in the medical program and staff. Some have even gone so far as to say they feel safer on campus due not just to Covid-19, but also the violent aspects of some of their hometowns and neighborhoods.

But beyond the desire to play, which is ever-present, it’s clear the players are forging deeper bonds in the crucible that is the pandemic. The We Want To Play hashtag was joined by #WeAreUnited as a call for the formation of a college football players’ association was added to the conversation.

Whether any of this holds any cache with the Power 5 administrators remains yet to be seen.