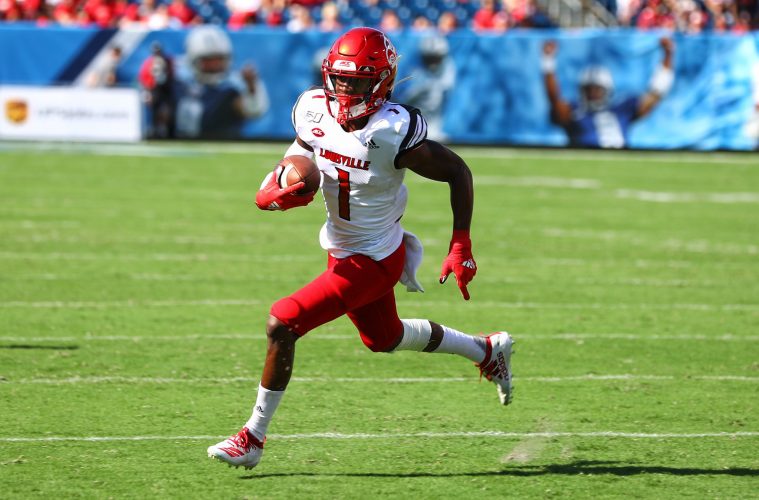 Come, children, and gather ’round your old Papaw as he tells you the story of how Lamar Jackson and the Louisville Cardinals flat destroyed the Florida State Seminoles back in ’16. The offensive linemen used to tie an onion to their belts, which was the style at the time. Why, I remember not long ago when the Cardinals started a season against a Top 10 opponent, then beat an FCS opponent, followed by Western Kentucky before entering ACC play. Seems like just last year, it was.

Florida State (1-2 / 0-1 ACC) and Willie Taggart ain’t exactly firing on all cylinders at the moment. One win and the Cardinals put last season firmly in the rear-view. Opportunity abounds in Tallahassee.

The question remains, “Who starts under center?” Jawon Pass returned to practice on Tuesday, but the Louisville coaching staff seemed determined to monitor his status throughout the week for a near game time decision. As for Malik Cunningham, he presented himself to the press after the win in Nashville to make it clear his absence in the late third and full fourth quarter was merely precautionary. And suddenly a Louisville team that has legitimate depth issues finds itself sporting three quarterbacks with touchdown passes on the season. A surprise blessing, undoubtedly.

As for downfield targets and backfield rushers, Tutu Atwell and Javian Hawkins seem more than happy to shoulder the bulk of the offensive burden. Scott Satterfield is assuredly sticking to his stated goal of running the damn ball, and who can blame him? Both Jawon Pass and Malik Cunningham have demonstrated the ability to scramble, even in situations where Coach would have preferred that they not. Hawkins and Hassan Hall are averaging 6.9 and 4.8 yds/carry respectively. And Tutu Atwell is just as dangerous out of the backfield as he is on a route.

If Louisville wins the toss, look for them to take the ball and attempt to sock the Seminoles in the nose on the first possession. Malik Cunningham might be the best fit for that strategy. A quick gut punch to a demoralized Florida State team might be the surest path to victory.

Rodjay Burns supplied the first scoop-and-score of the Satterfield era on Saturday but Bryan Brown’s corps is still hunting for their first INT. That may be in the cards as Florida State struggles with its QB situation. R-So. James Blackman threw two picks against Louisiana-Monroe and only managed to complete 22 of 37 passes against Virginia, although that did amount to 234 yards and three TDs. But reports out of Tallahassee indicate R-Sr. Alex Hornibrook will take at least one series worth of snaps on Saturday. Add to that fact a Seminoles offensive line that struggles to protect against the pass rush and you have a recipe for Louisville success.

Against WKU the only critical failure was an open seam on one play that allowed for a long Hilltoppers rushing TD. But apart from that the Louisville defense has consistently demonstrated its ability to match the opponent’s schemes. Anthony Johnson and Chandler Jones had impressive games in the secondary while the Cardinals as a whole were able to limit the Hilltoppers to just 43 yards rushing. The Cards will need a repeat (or improved) performance in order to stop FSU’s ground game. Jr. RB Cam Akers is fifth in the nation for total yards (384) but lost some of his steam against the Cavaliers.

Just as the offense will look to take the wind out of FSU’s sails, look for the defense to take every opportunity to suck the life out of the Seminoles in the first quarter. Jared Goldwire and G.G. Robinson couldn’t help but smile and laugh when asked what they thought about the dime package. The reward for solid defense is a chance to slake the thirst for blood. And these guys are thirsty.

Willie Taggart is kind of a weird guy. The end.

OK, maybe not the end. But the end might be soon as the rumblings have been rumbling in Tallahassee since last season’s dismal end. This is an eminently winnable game for the Cardinals and they should take advantage.

FSU will have to rely on the passing power of a QB that’s in the middle of a cloud of doubt now that word of Alex Hornibrook’s return has come down. Cam Akers is no doubt a formidable threat but can be bested with the kind of effort and hustle that the Cardinals defense has shown to date. And despite having Akers as a weapon the Taggart offense has a propensity to go to the air, often seeking out R-So. WR Tamorrion Terry. Containing Terry will be a challenge but the chance for the first INT of the season is tantalizing.

If FSU is able to build a rhythm early in the game then it will be a slug fest. If that’s the case then it’s fortunate that Taggart and the Seminoles haven’t demonstrated the ability to close things out. And if the Cardinals give FSU a solid punch in the gut early on? Then we say, “Katie, bar the door.”