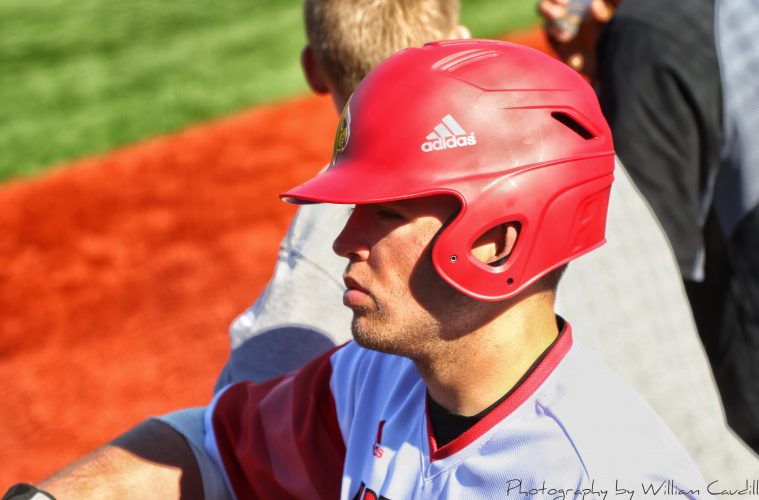 In all sports, especially baseball, anyone can beat anyone given the right circumstances. On paper, one team will always have clear advantage, but thats why they play the game. This past week, the #4 Louisville Cardinals (16-4, 3-3) found themselves on both sides of that coin, but mostly on the wrong end of. While on paper they were clearly outmatched by the #5 Texas Tech Red Raiders (17-5), they were able to steal a game from them. They also had the advantage in most categories against the Wake Forest Demon Deacons (9-11), yet lost their first road conference series since 2016. All teams take their lumps, and this team is no different. But how they respond is what will define them.

With little time to rest before getting back in action, they first get their chance to bounce back with a midweek road game against the Western Kentucky Hilltoppers (10-10). They’ll then follow that act up with a trip back home to face the #2 Clemson Tigers (16-4, 3-3) in a weekend series. Clemson currently sits at #3 in the RPI after being as high as the #1 spot.

All Louisville Baseball games are ticketed entry this season for the very first time, and can be purchased through Ticketmaster here. Berm seating is $5 with reserved chair back seating costing $10. In case you cannot make it to the games, only the home games this week will be featured on ACC Network Extra. The game against Western Kentucky will not be televised.

Louisville will start the week at Bowling Green the midweek game before returning to Jim Patterson Stadium for the weekend.

The Western Kentucky Hilltoppers are a very middle of the road ball club. They do have series wins over Northern Illinois and Bowling Green, yet have series losses to Memphis and West Virginia, the latter which was a sweep by the Mountaineers. It is noteworthy that they only lost by one run to the Kentucky Wildcats in Lexington, so they do have potential to beat anyone. Their pitching is nothing to really write home about, but the Hilltoppers have 4 regular starters batting over .340, with two backups batting at least .300. Outfielder Jacob Rhinesmith leads the way for WKU’s batters with a batting average of .365, a slugging percentage of .682, 7 home runs and 21 RBIs. If Louisville’s young pitching staff will allow anyone from WKU to beat them, it would be Rhinesmith.

Not only is Clemson a very good team, they would be coming into Jim Patterson Stadium with a chip on their shoulder and looking to prove themselves. They enter the week having just been swept at home by the NC State Wolfpack after only having 1 loss on the season prior to the sweep. Clemson on paper looks like a much more complete version of Wake Forest, who Louisville just lost a series to. Their hitting is good but could be better in some areas, but their starting pitching is where they shine. Starting pitchers Jake Hennessy, Brooks Crawford and Jake Higginbotham all have over 22.0 innings pitched yet have less than a 3.30 ERA. Relief pitcher Ryan Miller also sports an impressive 1.31 ERA over 20.2 innings pitched. These pitchers along with a couple setup guys that have 0.00 ERAs will give Louisville a handful over the weekend.

Louisville should take care of business against the Hilltoppers, but my prediction for the Clemson series unfortunately is not quite so optimistic. Even though they do play at home, facing a better version of a team they just lost too seems to me like it will bode similar results. Louisville will win a game and make it a competitive series, but will lose the series for consecutive series losses.