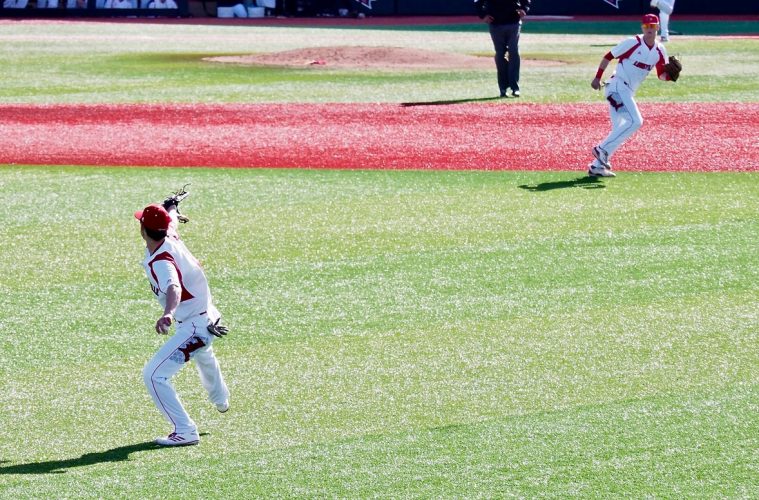 In unfamiliar territory, the Cardinal Nine continued to struggle after experiencing another week where they went .500 or less. After needing an eighth inning comeback rally to take down the Western Kentucky Hilltoppers (12-12) in Bowling Green in the midweek game, the #11 Louisville Cardinals (18-6, 4-5) came back home to narrowly avoid getting swept by the #11 Clemson Tigers (18-6, 5-4). They lost back-to-back ACC series’ for the first time since joining the ACC in 2015, as well as 6 of their last 10 games and drop to 4-5 in the ACC standings.

While the first part of Louisville’s schedule was primarily loaded with relatively easy competition, it doesn’t get any easier for the Cards now that we’re knocking on April’s doorstep. The Cincinnati Bearcats (10-12), who ended Louisville’s unbeaten start to last year’s season, roll into town for the midweek game before the Cards take off for Tallahassee, FL to face the #8 Florida State Seminoles (20-5, 5-4).

Louisville will start the week at home for a midweek game before hitting the road for Tallahassee, FL on Thursday instead of the normal Friday.

At first glance Cincinnati on paper does not look that impressive, having lost series’ to Tulane and being swept by Sam Houston State and Tennessee. However, they do have a few solid midweek wins against California, Northern Kentucky and #12 Indiana, so this could be a cause of concern for the Cardinals. Someone they’ll have to keep a close eye on this Tuesday would be infielder Manny Rodriguez. He boasts an impressive .570 slugging percentage (top 200 in nation) and leads the Bearcats in total bases, RBI and hits. With the Cardinals pitching staff seemingly reaching a mental wall having trouble throwing strikes as of late, they’ll have to turn that around or Rodriguez will do some damage.

Mike Martin’s has continued to keep his Florida State Seminoles in national championship form, building on yet another strong season thus far with sweeps of Xavier, Kansas, UCF & UNC Asheville and series wins over Notre Dame and UNC. They draw walks better than anyone in the country with three players ranked in the top 20 in walks, and rank second in the nation in strikeouts per 9 innings with 3 pitchers in the top 150. This is a very dangerous team that returns players like Jackson Lueck and J.C. Flowers, who were pains in Louisville’s sides last season. Going on the road to face them at their home stadium will not be an easy task for the Cardinals, especially since Louisville has gone 3-7 against FSU since joining the ACC.

While they did have a hot start to the season, Louisville has a multitude of things to correct if they are to get back to their winning ways. They do still get plenty of strikeouts per game, but at times some of the pitching staff struggles to throw strikes and has bad tendencies to give up a lot of walks. Several times this season Louisville has also found themselves playing from behind in the first couple innings. In the last couple weeks since ACC play started, defense and base running has also been subpar at times. Heading into a week with two really tough opponents, Coach Mac will a lot on his hands if he wants to guide his ball club to victory.

This team has a bunch of growing up to do and I have a ton of faith in Dan McDonnell’s abilities to get this team where he wants them to be. However, I’m predicting that this team will continue to show that it is a young team and will not only lose to Cincinnati, but get swept by Florida State in Tallahassee.