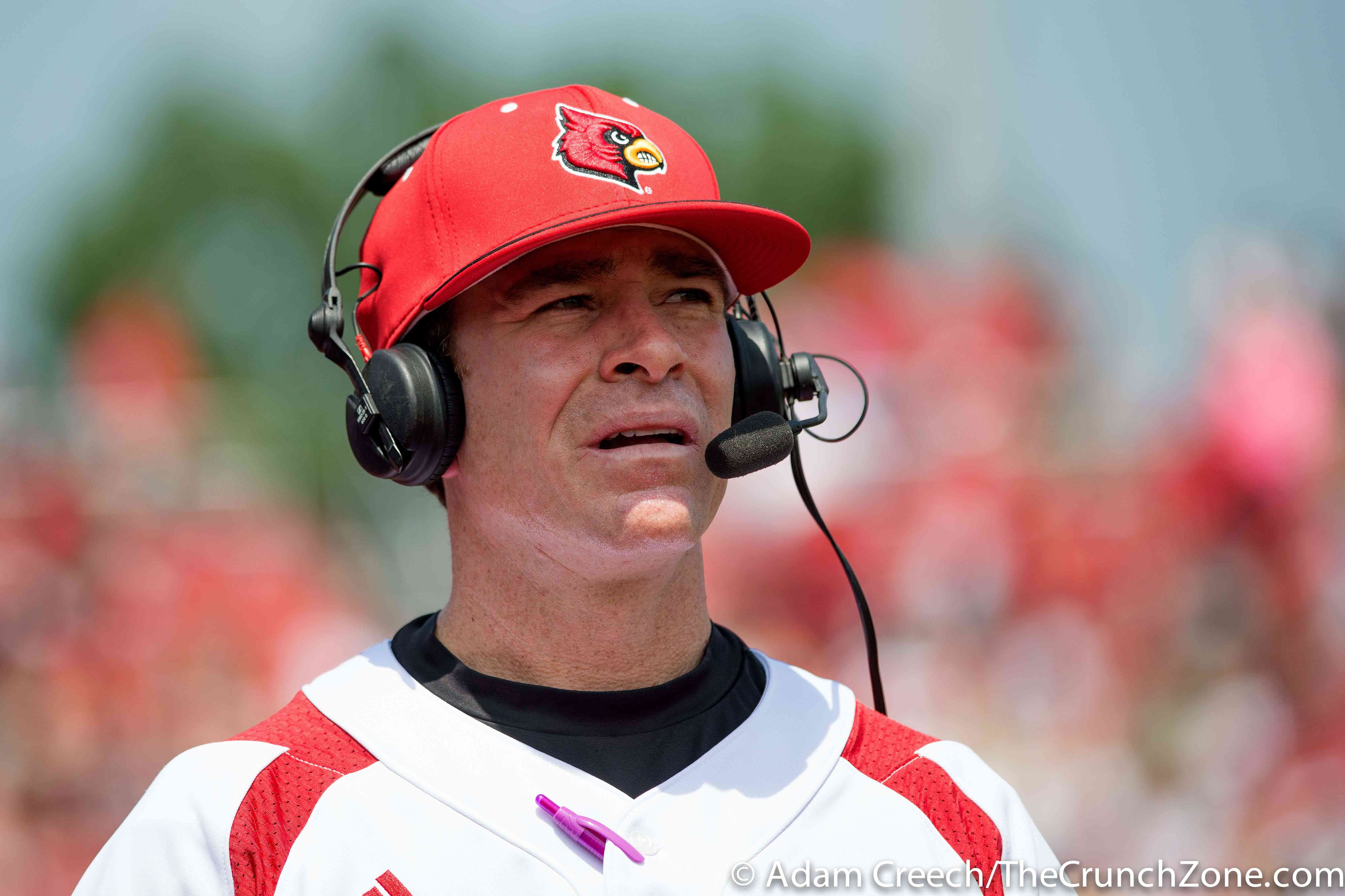 Redshirt freshman Drew Ellis had a career-high five RBI and sophomore righthander Kade McClure won his seventh straight start as the No. 6 Louisville baseball team took round one of the Battle of the Bluegrass with a 9-6 road victory over No. 9 Kentucky on Wednesday night at Cliff Hagan Stadium.

In a game previously scheduled for April 6 but postponed by rain, the Cardinals (26-7) charged out of the gate building a 7-0 lead by the middle of the fifth inning before holding off a late rally for their fourth straight win over the Wildcats (22-10). Pacing the way for Louisville was Ellis, who was 2-for-4 with a two-run single and a three-run double. Making just his fifth start of the season, Ellis registered his first career multi-hit performance while nearly doubling his RBI total after entering the game with six.

McClure allowed two earned runs on seven hits with five strikeouts and one walk while working six innings for the third straight start to improve to 7-0 on the season. Wednesday’s outing marked the sixth time in his seven starts McClure has limited an opponent to two or fewer earned runs. On the season, the Mentor, Ohio native has a 2.41 ERA, 34 strikeouts and only 11 walks in 41.0 innings. Junior righty Zack Burdi recorded his fourth save of the season after striking out three and allowing one run in 1.1 innings of relief.

Along with Ellis, two other Cardinals finished with multi-hit games led by sophomore shortstop and Lexington native Devin Hairston, who was 2-for-4 with three runs scored and a stolen base. Sophomore third baseman Blake Tiberi chipped in finishing 2-for-4 and scoring twice. Sophomore Brendan McKay added a RBI double while junior outfielder Colin Lyman added a two-run pinch hit single in the ninth to help clinch the win.

“We didn’t play as clean tonight as we’d like to, especially in the middle innings when we could have put the game away, but made the plays we needed to at the end to win a rivalry game against a quality opponent,” said Louisville head coach Dan McDonnell. “Drew gave himself a chance by moving the baseball with the first hit and then he smashed the double to the wall. He had the two biggest at-bats before Lyman’s single in the ninth.”

Louisville struck first on Wednesday when McKay drove freshman second baseman Devin Mann home with a two-out double down the left field line. Mann coaxed a two-out walk from UK lefty Zach Logue before scoring on the 10th double and 20th RBI of the season for McKay.

The Cardinals added to the lead in the third inning scoring three runs on just one hit but did gain the assistance of two errors by the Wildcats. Sophomore Colby Fitch was hit by a pitch to lead off the inning and was followed by back-to-back errors by second baseman Luke Becker and shortstop Riley Mahan to load the bases. After junior catcher Will Smith was hit by a pitch to score Fitch, Ellis connected for a two-out, two-run single to left field to plate McKay and Hairston for the 4-0 lead.

Ellis continued his terrific night at the plate in the fifth inning by sending a 2-1 pitch from righty reliever Bo Wilson into left center for a three-run double and increasing the Louisville cushion to 7-0. The Cardinals loaded the bases with one out against lefty Dylan Dwyer on a walk to Hairston, a single by Tiberi and a walk to Smith before Ellis cleared the bases with his second double of the season.

The Wildcats broke through for their first two runs of the night in the bottom of the fifth inning scoring one earned and one unearned tally against McClure. Luke Becker led off with a double to center and moved to third on a single to left by Tristan Pompey before scoring on a throwing error by the Cardinals. Later in the inning, Storm Wilson drove Pompey home with a RBI single up the middle.

Kentucky cut the deficit to 7-3 in the sixth inning after Zach Reks scored from third on a wild pitch. The Wildcats narrowed the margin to 7-6 in the eighth inning as Becker scored on a passed ball before pinch hitter Dorian Hairston connected for a two-run homer to right center.

Louisville ended the comeback hopes for the Wildcats in the top of the ninth when Lyman drove Hairston and Tiberi home with a single down the left field line off Justin Lewis. Logue was charged with the loss for Kentucky and dropped to 1-1 on the season after allowing four runs, including three unearned, on four hits in three innings.

Up next, No. 6 Louisville hosts 16th-ranked Clemson on Friday at 6 p.m., ET at Jim Patterson Stadium in the first game of a three-game series. The Cardinals and Tigers are also slated for Saturday at 4 p.m., and Sunday at 1 p.m., and admission is free throughout the weekend.