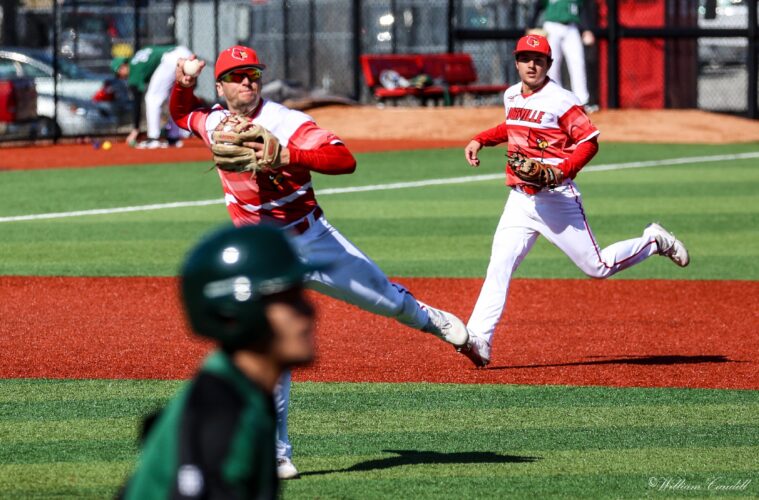 The University of Louisville baseball team had its offense going for the second time in three days, securing a 16-3 victory over Dartmouth on Sunday at Jim Patterson Stadium.

Ben Bianco had a career day at the plate for the Cardinals, picking up hits in each of his first five at-bats as part of a 5-for-6 showing. Bianco had two doubles, a triple, four runs scored and three RBIs, coming up a home run short of the cycle. It was the first five-hit game for a Cardinal since Alex Binelas had five against Alabama A&M on April 26, 2019.

Ben Metzinger turned in a 3-for-5 day at the plate with five RBIs, finishing just a single shy of the cycle. Metzinger tripled in his first at-bat before hitting his second home run of the season in the second. JT Benson tallied three hits as well, driving in a pair and scoring twice.

Riley Phillips (1-0) got the Cardinals started off on the right foot with a scoreless first inning. The southpaw allowed just one run on four hits in his first collegiate start, picking up his first career victory.

Meanwhile, the offense went to work immediately with two runs in the first and five more in the second. The Cardinals touched the plate in seven of their eight offensive innings, scoring in every frame except the fourth.

Kyle Walter pitched a scoreless inning out of the bullpen and Carson Liggett retired the only two batters he faced in the ninth inning. J.R. Langworthy came on and picked up the final out in his first collegiate appearance.

Louisville continues its homestand on Tuesday with a midweek contest against Morehead State. First pitch is scheduled for 3 p.m. ET.