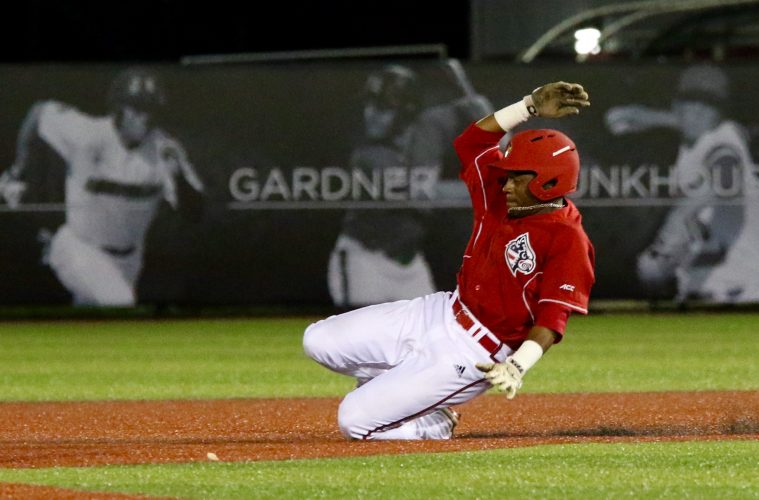 Louisville Baseball is #5 in the Nation according to the NCBWA and is #2 in the RPI heading into the final stretch of the season.  The Cards began the season with incredible expectations as the nation’s #2 team…………but they haven’t done one very important thing this season:

With most of the city focused on the 142nd Running of the Kentucky Derby this weekend, Louisville baseball will head to Chapel Hill, North Carolina to square off against the #14 RPI/#17 NCBWA ranked Tar Heels.

We’ve seen what UofL can do to teams in Jim Patterson Stadium.  They’ve won 15 in a row at home.  Louisville hasn’t fared as well away from the friendly confines.  The biggest alarm came in its last road series when the Cards dropped 2 of 3 vs. Boston College in Boston.  The Cards are giant killers in Jim Patterson with series sweeps over Notre Dame, Virginia Tech, and Clemson and took 2 of 3 from defending champs Virginia.

Going to Ole Miss, Miami and Florida State and losing individual series are not cause for alarm.  Losing all 3 of those and then falling to a mediocre Boston College team on the road in 2 of 3 certainly is.  If Louisville Baseball wants to do damage in Omaha at the College World Series then the Cards need to figure out a way to take their best baseball on the road.

That’s why this weekend is such a huge opportunity for UofL.  North Carolina is a very good club with a lot of respect nationally and the metrics to support the Tar Heels to make a run this post-season.  Louisville needs to prove to itself and the NCAA Selection committee that they can get the job done away from home.  Doing so would cement a national seed and also secure confidence internally that the Cards can win away from home.