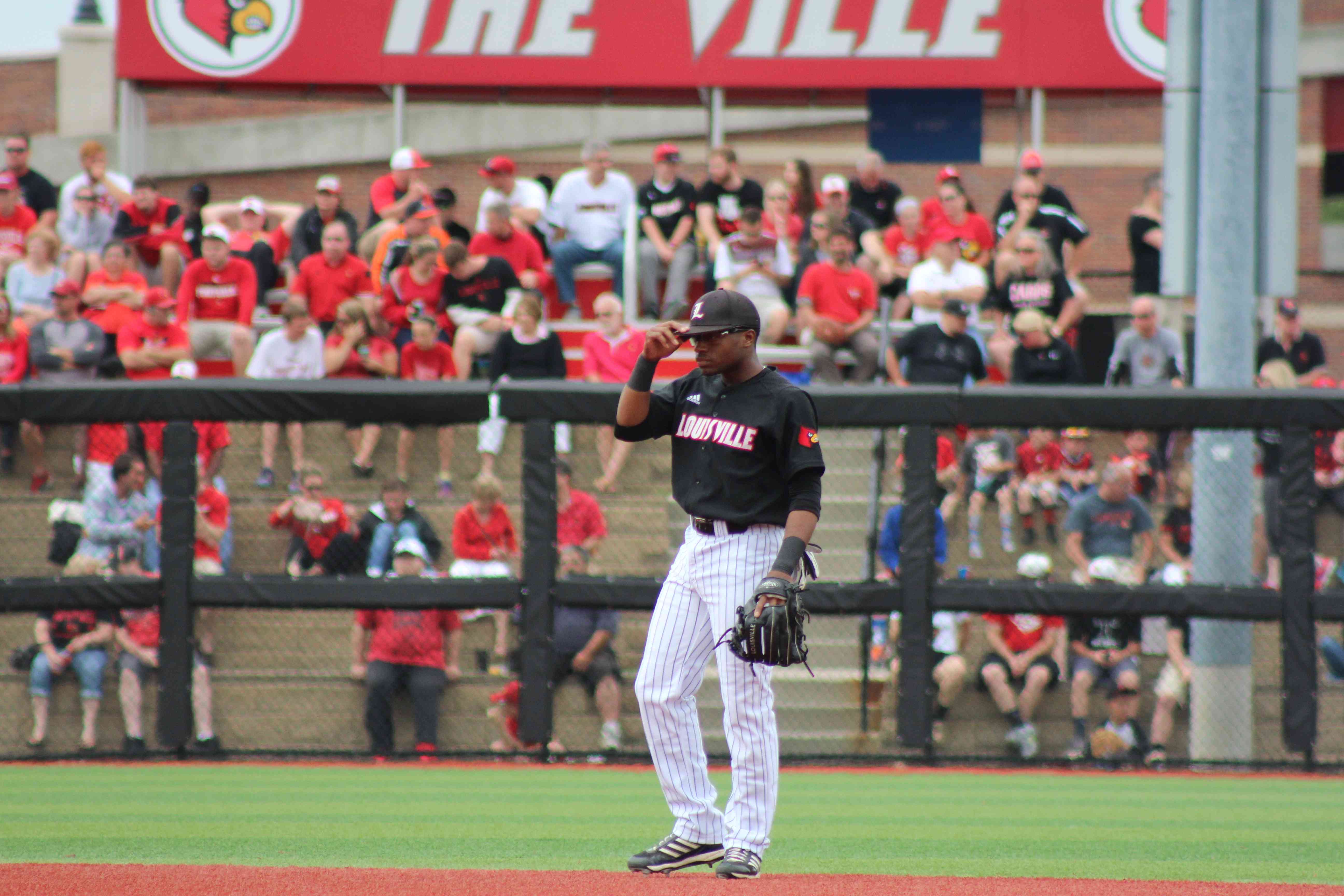 A native of Elizabethtown, Ky., Harrington finished with seven strikeouts and allowed just four hits with one walk to earn his eighth collegiate victory and improve to 2-1 on the season. The six innings equaled a season-high for Harrington, who combined with a trio of relievers to complete the third shutout of the season for the Cardinals (9-2). Harrington lowered his ERA this season to 2.08 and has 20 strikeouts in 17.1 innings.

Smith finished 3-for-4 with a double and scored twice to go with his two RBI as the Cardinals out-hit the Tigers (0-3) 14-4 on Sunday. Sophomore shortstop Devin Hairston was 2-for-3 with two RBI and sophomore third baseman Blake Tiberi was 2-for-4 with a home run, double and two RBI. Tiberi has hit safely in all 11 games this season, including a team-leading eight multi-hit performances, and is hitting .500 with two home runs and 13 RBI.

Following Harrington on the mound Sunday was the trio of junior righty Shane Hummel, redshirt freshman righthander Chandler Dale and junior righty Zack Burdi, who combined for six strikeouts and no hits in three shutout innings of relief. Hummel struck out the side in order on just 15 pitches in a perfect seventh inning, before Dale added a strikeout in a scoreless eighth. Burdi closed the game with two strikeouts in the ninth.

The Cardinals struck first on Sunday plating a pair of runs on three hits in the second inning. Smith started things with a two-out single to left and after moving to second on a wild pitch from Princeton starter Chad Powers, scored on Hairston’s RBI single up the middle. After moving to second on the throw home following his single, Hairston scored on a RBI single to center from junior outfielder Colin Lyman for the 2-0 lead in the second.

Louisville doubled its lead in the third inning when Tiberi launched his sixth career home run sending a two-run shot over the right field wall. Sophomore designated hitter Brendan McKay singled through the left side before scoring on Tiberi’s blast.

The Cardinals increased their margin in the fifth inning behind a two-out, two-run single by Smith and a RBI single by Hairston. After junior second baseman Nick Solak doubled and McKay was hit by a pitch earlier in the inning, Smith drove them in with his third hit of the day. Moments later, Smith stole second before scoring on Hairston’s single to left field for the 7-0 lead.

Louisville added three more runs in the seventh inning, which started with Tiberi doubling to left field before advancing to third and scoring on back-to-back wild pitches from Princeton reliever Trey Ramsey. Later in the inning, senior first baseman Danny Rosenbaum scored on a RBI fielder’s choice off the bat of Lyman, who was driven home on a RBI double to left center by junior outfielder Corey Ray.

The scoring culminated on Sunday with an RBI single from redshirt freshman Austin Clemons to score freshman infielder Devin Mann. It was the first career RBI for Clemons.

Up next, No. 4 Louisville will host Big South Conference foe Longwood on Tuesday at 3 p.m., ET at Jim Patterson Stadium and admission is free.