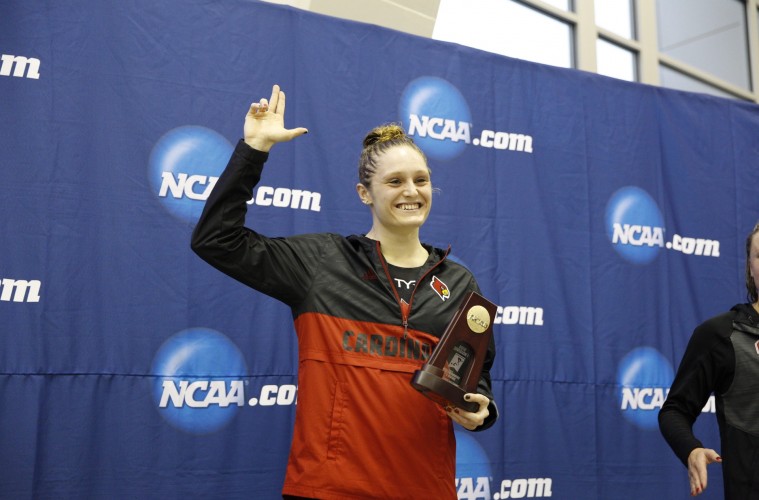 University of Louisville swimmer Kelsi Worrell will be seeded first in the semi-finals of the 100-M butterfly after boarding the fasted time of the field of 134 swimmers at first day at the U.S. Olympic Trials in Omaha, Neb.

Worrell’s preliminary time of 56.84 is a lifetime  best and the first sub-57 time and earned her a spot as one of the 16 semifinalists with the top eight moving on to the final on to Monday. A top two finish will earn her a spot on the U.S. Olympic team. She dropped almost a full half second off her personal best time.

The 2012 Olympic gold medallist Dana Vollmer had the second-best prelim time, posting a 57.50.