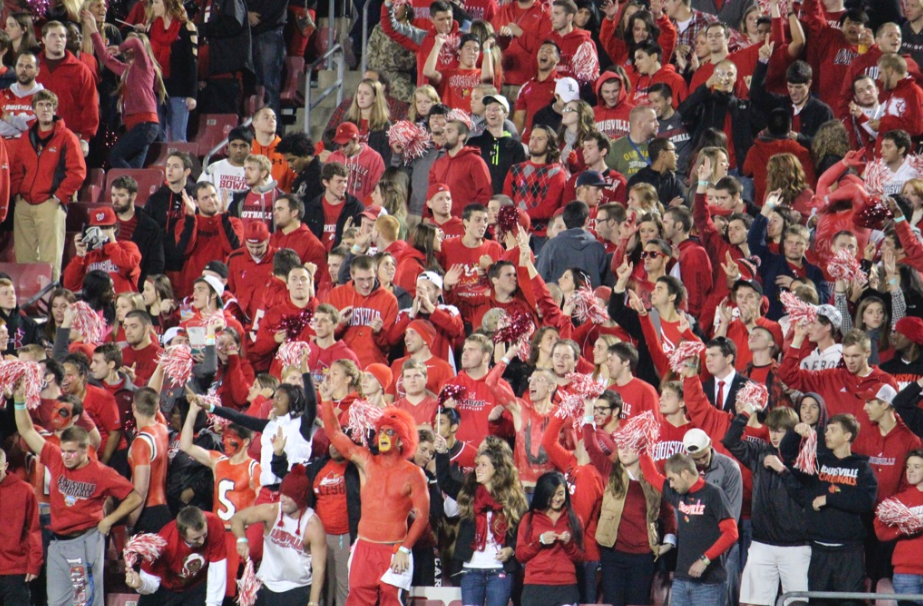 This Saturday at 1:00 p.m. the Cards will take the field for its annual Spring Game.  With beautiful weather and a promising team a large contingent of Louisville fans are expected to come to the FREE event at Papa John’s Cardinal Stadium.

UofL set the standard for Spring Game attendance in 2013 when an estimated 33,000 folks showed up.  That year was tabbed ‘The Year of the Cardinal’ and UofL was fresh off a Sugar Bowl win with Teddy Bridgewater returning for his junior season, the Women’s Basketball team was honored during the Spring Game after advancing to the National Championship game in New Orleans…..and of course the Men’s Basketball team was also honored during the game after winning the 2013 NCAA Championship.

This year Louisville Football fans will be anxious to come out and see their team after UofL won 8 of its last 10 games including a thrilling victory over Texas A&M in the Music City Bowl.  The Cards are returning several prospects on defense who spurned the NFL Draft AND return some electrifying young players on offense, including Lamar Jackson.

Weather is expected to be SUNNY, 74 degrees with a 0% chance for rain.  PERFECT.  Also Louisville Baseball is in action against #16 Clemson at 4:00 p.m. at Jim Patterson Stadium.

How many fans will show up at Papa John’s Cardinal Stadium at 1:00 this Saturday?

Beer:  $2 on Norton Healthcare Terrace throughout the game

Autograph Session: Following the Spring Game for 45-mintutes on field.