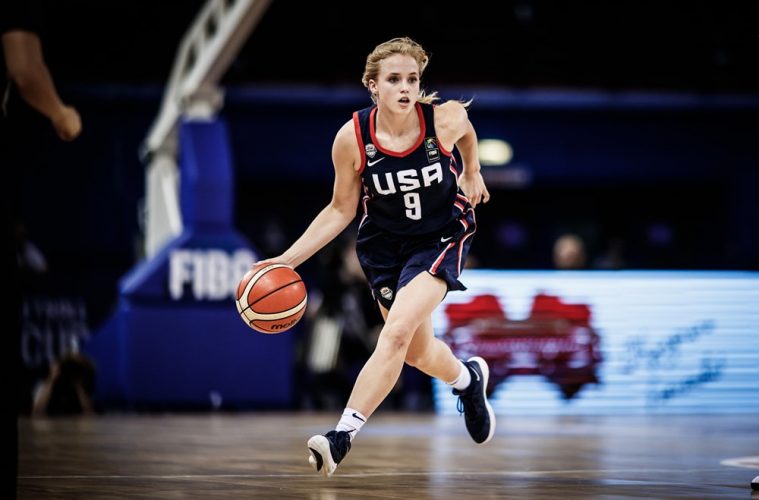 Jeff Walz and staff have added another gem to an already loaded class with the signing of consensus top-ten recruit Hailey Van Lith. The Team USA U19 gold medalist is the final addition to what will likely be a top-five 2020 recruiting class and comes to Louisville after dismissing overtures from Baylor.

The 5’7″ guard out of Wenatchee, WA joins Olivia Cochran, Merissah Russell, and Ahlana Smith in signing letters of intent for the Cardinals. Van Lith has experience with Jeff Walz’s coaching style thanks to her time spent with him on the Team USA U19 team, and played with Olivia Cochran on the U19 3×3 gold medal squad.

Current rankings on espnW HoopGurlz have her listed as the top guard and eighth overall. Having already attained Washington State Gatorade Player of the Year honors in 2018, she’ll look to add McDonald’s All-American to her résumé. If obtained, she’d be the 13th All-American to sign with the Cardinals during Jeff Walz’ tenure.

Hailey Van Lith is recognized as one of the top point guards in her class. She has been an integral part of USA Basketball and I enjoyed coaching her to a gold medal in this past year’s U19 international competition. Hailey brings with her a unique skill set with a mamba mentality. There is no stage too big, nor a shot too difficult to pull off. She has a unique inner confidence and leadership skills well beyond her age. Hailey is purposeful and deliberate in her approach to the game and no doubt Cardinal fans will be lining up to watch her perform.