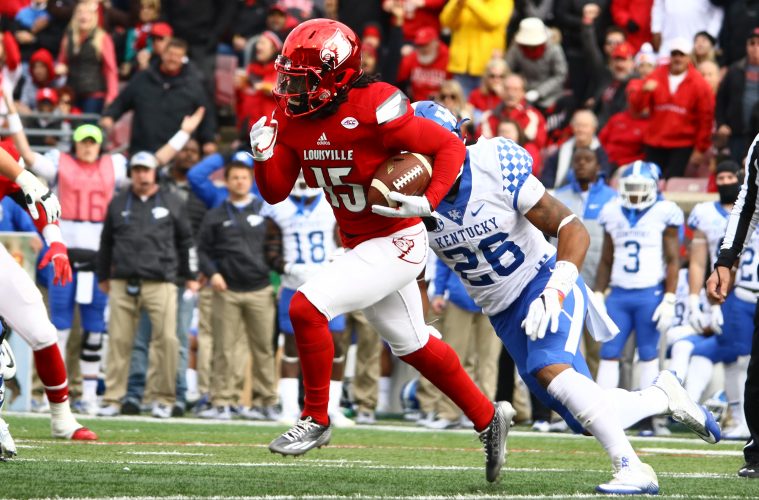 University of Louisville head football coach Bobby Petrino on Wednesday named Lorenzo Ward as the assistant head coach secondary coach for the start of the 2017 campaign.

A 20-year coaching veteran at the FBS level, Ward has six years of experience as a defensive coordinator, including four in the Southeastern Conference at South Carolina.

“Adding a coach with the experience of Lorenzo Ward is very exciting and will be a great addition to the University of Louisville football staff,” Petrino said. “Lorenzo is a guy I’ve known and respected for a long time, and saw the incredible job he did as the defensive coordinator at South Carolina. He does a tremendous job developing players, building relationships, working with a staff, and is one of the top recruiters in the collegiate game. I’m excited he will be joining our staff.”

A successful defensive mind, Ward has a proven track record of developing NFL talent. He has coached 16 defensive backs that went on to be drafted into the NFL, including first-round picks Stephon Gilmore (2012, No. 10 overall) at South Carolina and DeAngelo Hall (2004, No. 8 overall) from Virginia Tech.

As the defensive coordinator at South Carolina, Ward guided a unit that finished in the top-25 nationally in both scoring and total defense in four out of his seven seasons, including a scoring defense that finished 12th in 2013 and second in the SEC.

The Gamecocks’ best defensive year in his tenure came in 2011. USC ranked No. 3 in the country in total defense, allowing just 267.7 yards per game, and No. 11 in scoring defense at 18.4 points per game.

During his tenure leading the South Carolina defense, Ward tutored eight first-team All-SEC selections and six All-Americans, including Jadeveon Clowney, the No. 1 overall pick in the 2014 NFL Draft. Clowney became just the third Gamecock to earn first-team All-America honors in two seasons, was the 2011 SEC Freshman of the Year, and won the 2012 Ted Hendricks Award given to college football’s top defensive end.

Clowney was one of 12 defensive players coached by Ward at South Carolina drafted into the NFL, with Gilmore and linebacker Melvin Ingram also being first-round picks.

Ward built up a reputation as one of the top secondary coaches in the nation during his seven seasons (1999-2005) coaching the position on Frank Beamer’s staff at Virginia Tech. There, he saw five of his players earn all-BIG EAST honors and one made the all-ACC squad following the school’s transition from conferences late in his tenure in Blacksburg.

In his final season at Virginia Tech, the Hokies led the nation in total defense, giving up just 247.6 yards per game, were second in pass efficiency defense, and third in pass defense. The year prior, in 2004, Virginia Tech was fourth in the country in both pass defense and interceptions.

Ward also has amassed coaching experience at Arkansas (2008) under Bobby Petrino, one year in the NFL (2006) with the Oakland Raiders on Art Shell’s staff, and five years as an assistant coach at Chattanooga (1994-98).

He started his coaching career as a graduate assistant at his alma mater Alabama in 1991. Ward played for the Crimson Tide from 1986-89, helping them go 33-15 in his career with an SEC title in 1989. The Sporting Newsnamed him the Special Teams Player of the Year following his senior season.

Ward earned his bachelor’s degree in physical education from Alabama in 1991. He and his wife, Tara, have one son, Lorenzo Jr.