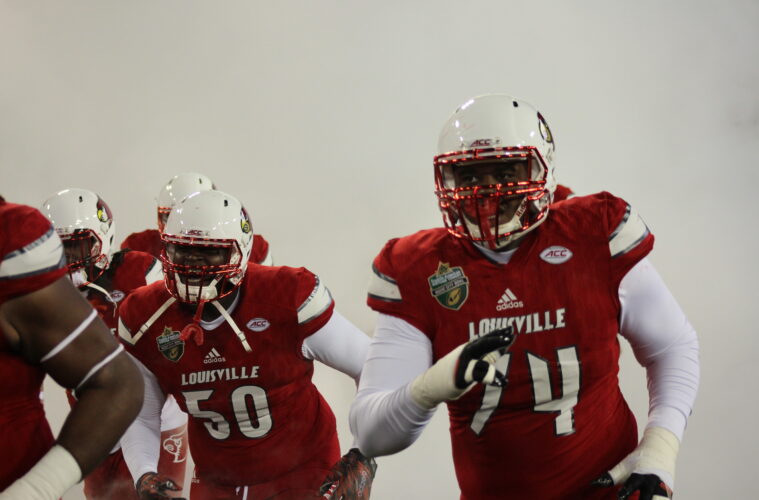 4-Star OL Caleb Chandler Has Louisville as a ‘Top’ School

With 4 offensive lineman committed in the 2017 Louisville football recruiting class, it would take the right player to add yet another. One such player would be Georgia offensive lineman Caleb Chandler. The 6’5″ 302lbs prospect from Jefferson High School was originally slated to visit campus this past Saturday for the Louisville/Florida St. game but was unable to make it.

Still, Louisville remains a legitimate contender for the athletic lineman. “They have recruited me hard” Chandler said as he has been talking to Coach Grantham and Coach Nochta often during the week.

What interests Chandler about Louisville? “It’s a great school to get a good education, the coaches and the players, but I’m just ready to get down there to check it out” Chandler said, with a visit expected sometime during December or January.

Louisville’s recent success has turned eyes around the country, including Chandler’s “They’really catching everyone’s eyes and I knew this offense could score.”

Does their success make it enticing to play for the Cardinals? “Ohh yea, of course.”

Besides Louisville, Chandler, rated the #239 overall player in the class of 2017 by 247Sports, mentioned Florida and Miami as schools coming at him the hardest and indicated that there were some others pursuing him hard as well.

With only a few select spots left in the 2017 class, room is very limited but Chandler set on taking his time and not making a decision too quickly “I gotta be patient and take my visits and make sure I’m making the best decision.”

Can he see himself ending up at Louisville, though?

“I honestly could” Chandler said.