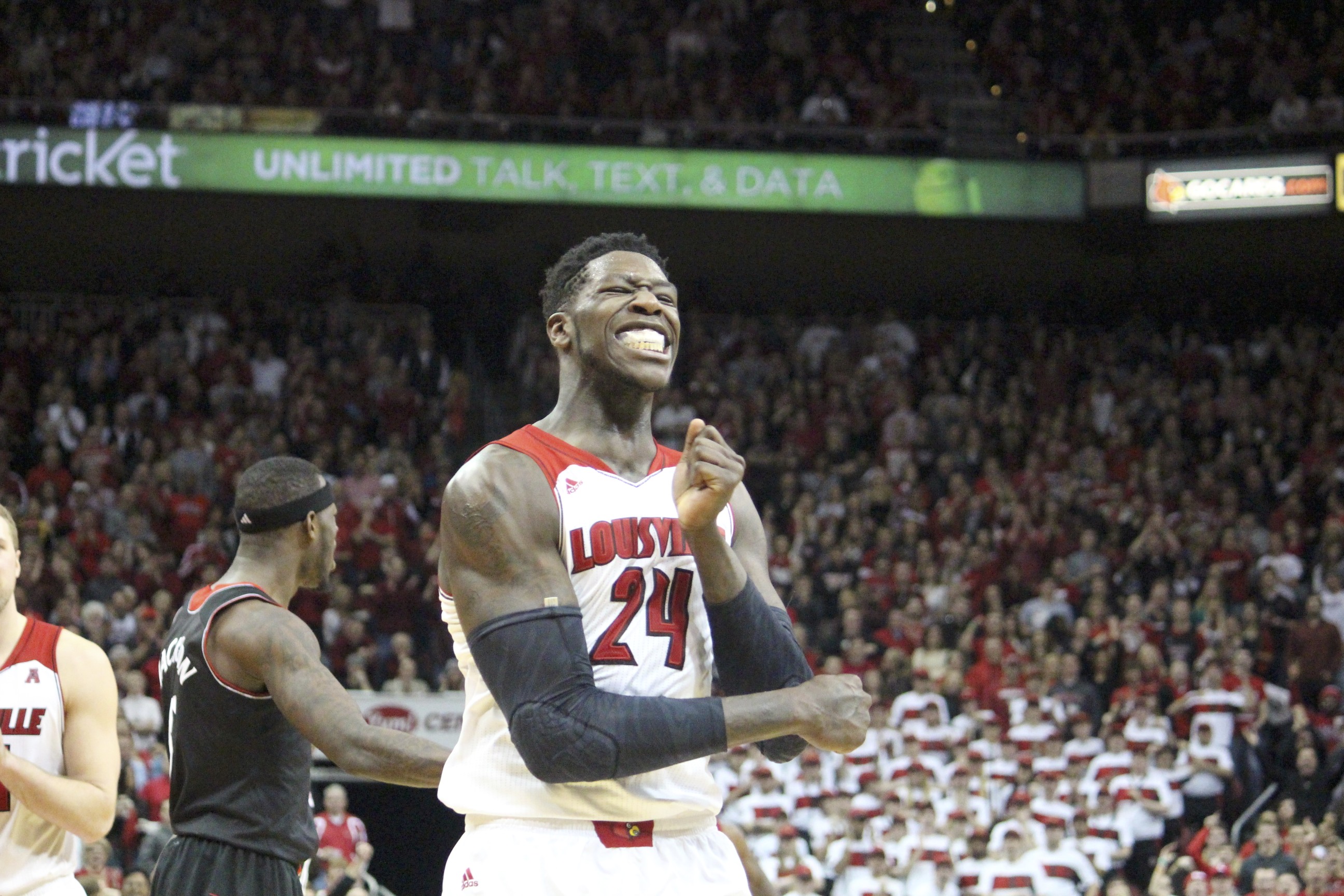 Montrezl broke the single season dunk record.  I will have a video coming out to commemorate this achievement Wednesday night.  Season Records will be harder to break in the age of players leaving early., While Behanan tied Ellison last year – Harrell has blown past this long-standing record, WITH MANY GAMES TO GO.

To think we didn’t even recruit the kid. DOH!

Louisville’s low SOS is hard for Computers to figure out.  Louisville’s SOS is currently 105, and will likely drop after the USF game is factored in.

As Cards fans know, plenty of SOS boosters on the way, starting Saturday versus #7 ranked Cincinnati.

Team rank sorted below based on statistical productivity per minute – past 5 games. 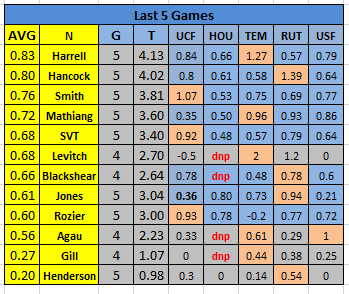 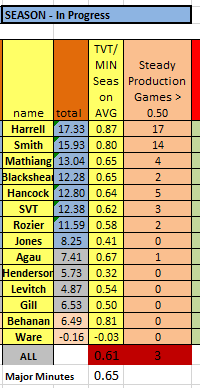 I added a “Steady Production Column”.  Folks who maintain a streak of 0.50 score or higher, or simply put, every 2 minutes they contribute 1 positive net stat to help the team win.