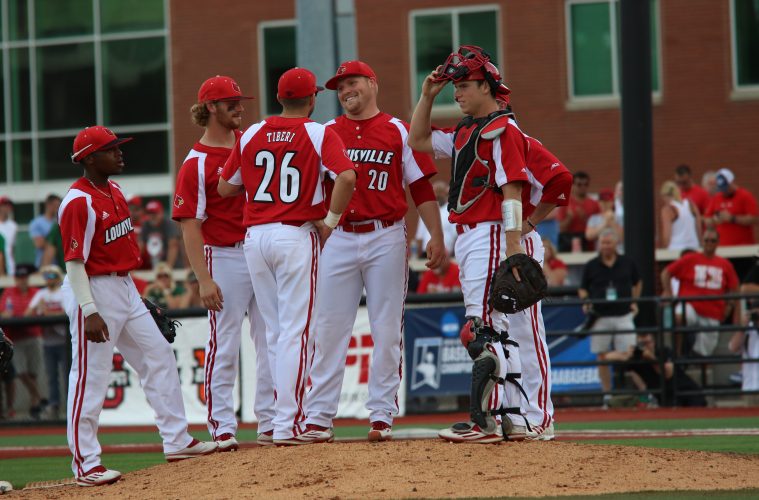 The Los Angeles Dodgers signed Will Smith last week. The former UofL catcher saw a sudden increase in value during the 2016 season and the junior was selected in the 1st Round (supplemental) with the #32 pick by the L.A. Dodgers. Will Smith earned a $1.775 Million Signing Bonus as part of the deal which was under the slotted value of $1.94M.

Will hit .382 this past season with the Cards and is a KCD product.

The New York Yankees signed Louisville 2nd Baseman Nick Solak this week. Nick missed an entire month with a hand injury in the middle of ACC play, but still did enough for the Yankees to be drafted with a very valuable 2nd round pick. The Yankees came to terms with Solak for a $950,000 signing bonus, just under the slotted value of $1.04M.

Nick hit .367 this past season with UofL and is a Chicago native.

The New York Mets signed Louisville 3rd Baseman Blake Tiberi this week. Blake was a draft eligible sophomore with the Cards and was a healthy bat and solid glove with the Cards this past year. The Metropolitans signed Tiberi to a $500,000 signing bonus with is $96,600 below the slot value for pick 100.

Blake hit .340 this past season with the Louisville 9 and is a product of Covington Holy Cross.

The Detroit Tigers signed UofL starting pitcher Kyle Funkhouser this week. Kyle was a 1st round pick last year by the Los Angeles Dodgers but returned to college and earned his degree. The Tigers signed Funk to a $750,000 signing bonus which is significantly more than the $526K assigned slot.