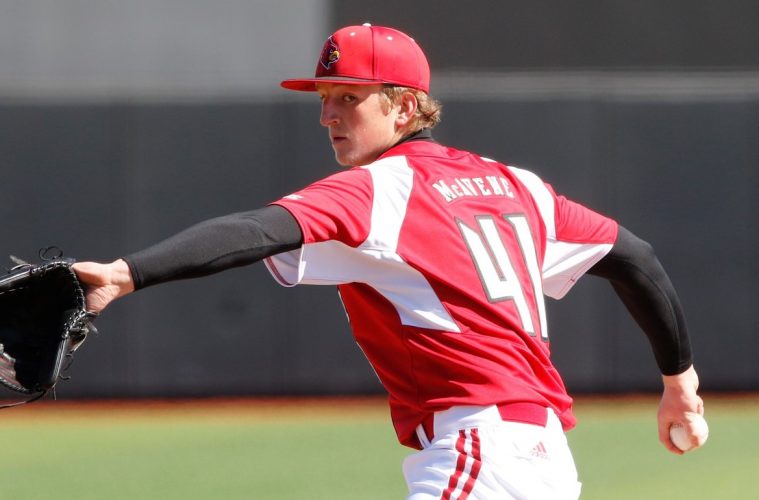 With the 103rd pick in the third round of the 2019 MLB Draft, the Chicago Cubs have selected University of Louisville junior right-handed pitcher Michael McAvene. If he signs, his contract has the potential to be worth up to $565,600, and has until July 15th to do so.

All season long, McAvene has been an overpowering force of nature who routinely tests the limits of radar guns everywhere. Routinely throwing up to 96mph, his borderline unhittable fastball is what is mainly responsible for his outstanding .160 opponents’ batting average. He also sports the pitching staff’s fourth best ERA (2.67) and team-best WHIP (.83), and has surrendered a run in only 6 of his 21 pitching appearances. On May 31st, he became the third Cardinal in program history (Nick & Zack Burdi) to throw a 100+ mph pitch, doing so on the final pitch of the game to seal a Louisville victory over UIC in their postseason opener.