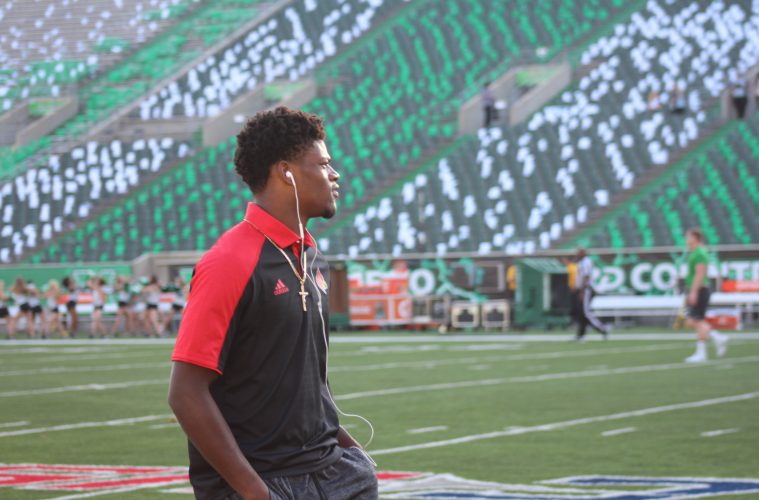 Marshall is a place where football is important…..and they accustomed to being the underdog.  Marshall has pulled itself up from the bootstraps to find its lot in the college football landscape and they’ve produced a lot of really good football teams & players.  There is tradition in Huntington, WV and the Thundering Herd faithful is a proud group.  With all that being said, the same can be said for Florida State…..and Syracuse for that matter.

Sometimes it’s just your turn.  Right now that’s the case for the University of Louisville.  There is no WAY UofL Football or its fans can take any opponent or opportunity for granted…..this is uncharted territory for the Cards and a slip up in Huntington could quickly end all of the hype surrounding the program.

Last week Marshall lost on its home field to Akron 65-38.  The Herd move the ball really well offensively, but they apparently don’t do much to stop it.  The Zips had 524 yards last Saturday….it stands to reason what Bobby Petrino, Lamar Jackson will be able to do when the game still matters.  This probably isn’t a game where Lamar plays deep in the 2nd half either.  The Cards should stampede the Herd.

A few days after what could arguably Louisville Football’s greatest moment, Crums Revenge is hunkered down at the editing table working on his latest hype video. Mark and TBG do a wrap on the Florida State pre-game party, talk about the game itself, preview a little school called Marshall, and…you know…Dudes Talking.

There are still quite a few tickets available to attend Louisville vs. Marshall.

Huntington, WV is less than 3 hours away and with Cardinal fans fresh off a HUGE win last week there might be a great deal of red in the stands.

The weather looks like it will be a beautiful night with temperatures ranging from 80 degrees at kickoff to 73 by game’s end.  Just Partly Cloudy skies.

The Cards vs. Orange is available on CBS Sports Network at 8:00.  Carter Blackburn will provide the play-by-play action with Aaron Taylor adding color and Jenny Dell on the sideline.